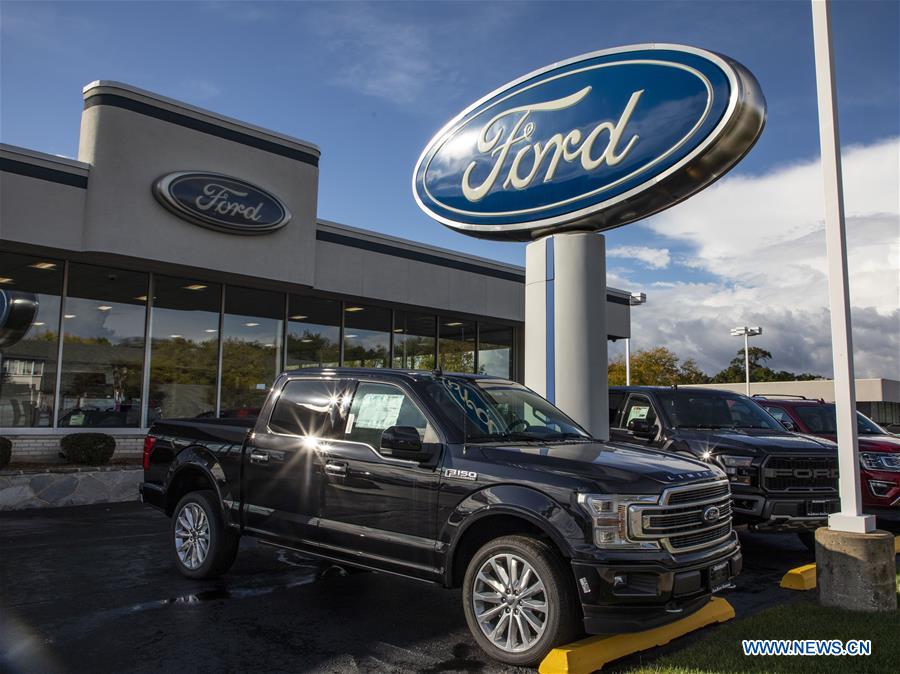 CHICAGO, July 27 (Xinhua) -- Ford Motor Co. on Wednesday reported a net income of 667 million U.S. dollars for the second quarter this year, an increase of roughly 19 percent from the same period of 2021.

The company posted a revenue of 40.2 billion dollars for the second quarter.

On Tuesday, General Motors Co. announced that its net income attributable to stockholders reached 1.692 billion dollars in the second quarter of this year, down 40 percent from the same period of 2021.

GM reported 2.343 billion dollars in EBIT in the second quarter, down from 4.117 billion dollars year on year. The Detroit-based automaker's dealer inventory in the United States is around 250,000 units, representing a 10- to 15-day supply.

GM reported 100-million-dollar equity loss in China in the second quarter, despite a recovery perceived in June.

GM still reaffirmed its full-year guidance of a net income between 9.6 billion and 11.2 billion dollars, and adjusted EBIT between 13 billion and 15 billion dollars. GM executives are expecting to see improvements in production and deliveries in the second half of the year.