Ford's aging Explorer big SUV is getting a major revamp as it faces growing competition in the market for family haulers with three rows of seats. The company unveiled the new version Wednesday night at Ford Field, home of the NFL's Detroit Lions. It comes just before next week's press days at the North American International Auto Show in Detroit, where the new SUV will be on display.

The Explorer, last reworked for the 2011 model year, gets a top-to-bottom update that includes a switch from front- to rear-wheel-drive, as well as updated engines and transmissions, some nice standard safety features and even high-performance and gas-electric hybrid versions. The switch to rear drive will boost towing capacity and off-road performance, Ford says.

Sales of the venerable Explorer had held up well but dropped 3.5 percent last year to just under 262,000. 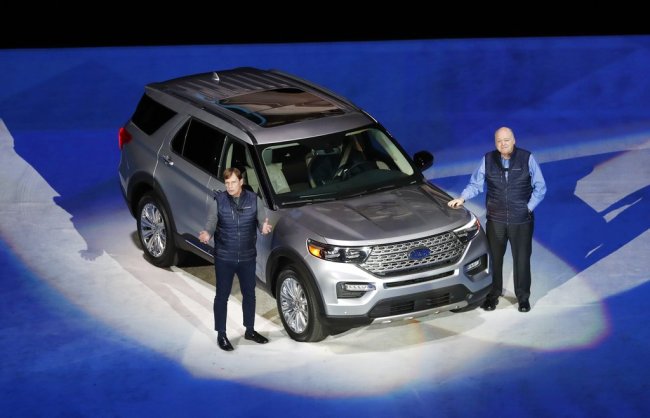 The SUV's appearance doesn't change much, but the roof line does slope more from front to back. Customers have told engineers that hip space in the front seats seemed cramped, and it was hard to get into the third row of seats. Ford took care of both problems with more interior space and second-row seats that tip and slide forward with the touch of a button.

Engineers say the new version is more efficient because it's 200 pounds lighter than the old model due to more use of aluminum and high-strength steel. The base engine is an updated turbocharged 2.3-liter four-cylinder with 300 horsepower. There's also a 365 horsepower 3-liter turbocharged V6. And for the first time in six years, Ford is offering a gas-electric hybrid SUV with the new Explorer.

Standard on all models is Ford's suite of advanced safety features that includes automatic emergency braking, blind spot detectors and lane keeping. The base price will rise $400 from the current $32,365 excluding shipping. Fuel economy wasn't announced. The Chicago-built Explorer goes on sale in the summer. 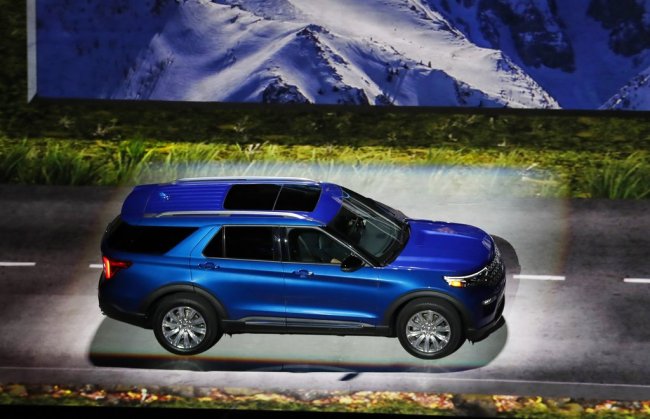 The Explorer is competing against relatively new versions of General Motors' three-row SUVs including the Chevrolet Traverse, GMC Acadia and Buick Enclave. Cadillac plans to unveil the new XT6 on Sunday.

Fiat Chrysler also plans to get into the three-row market, too. It's reportedly readying a version of the Jeep Grand Cherokee with the added row.