BUSINESS Ford to cut 1,000 salaried jobs in US

Ford Motor Co. is planning to eliminate 1,000 white-collar jobs in the United States by the end of the year, another step in its years-long 11-billion-dollar restructuring effort, the Detroit News reported on Tuesday. 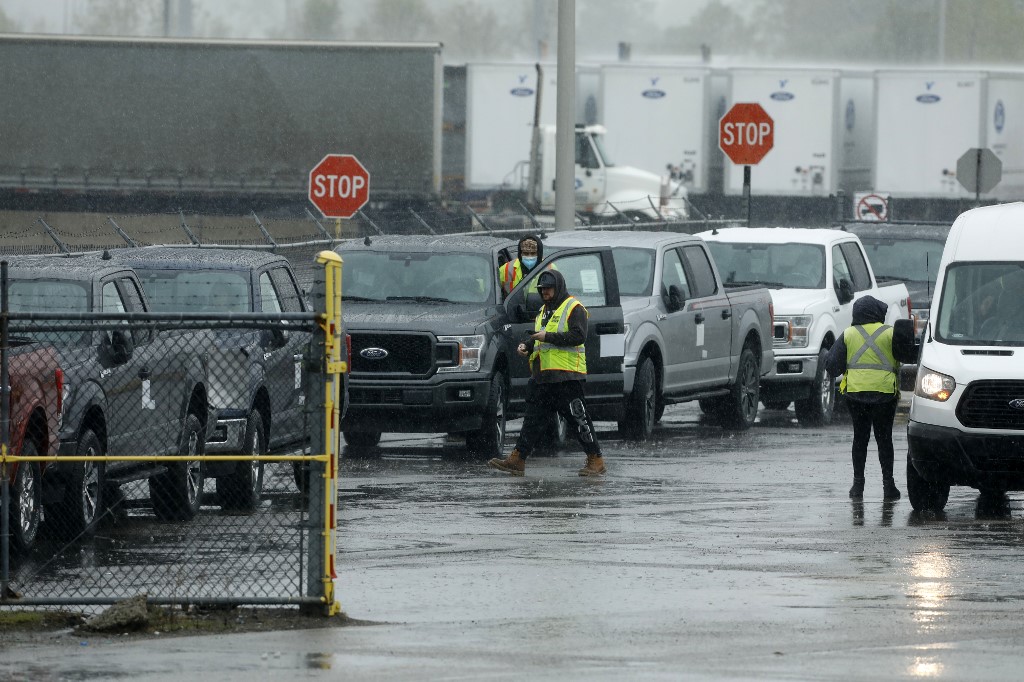 Ford Motor Company F-150's are being moved to a storage area outside of their Dearborn Truck Assembly on May 18, 2020 in Dearborn, Michigan. (File photo: AFP)

The reductions are not a reaction to the COVID-19 pandemic that interrupted production for eight weeks in the spring. Instead, it is the latest step in a sweeping reorganization intended to reverse Ford's lagging financial performance and achieve what CEO Jim Hackett calls financial "fitness," the local newspaper reported.

This will add to the 2,300 previously announced salaried job reduction in the United States.

In 2019, Ford closed plants and eliminated thousands of jobs in Europe, where it has been losing money, and struggled to right-size its operations in China.

Ford cut 7,000 salaried positions worldwide last year in the first round of the global overhaul. Those reductions were expected to save the company 600 million dollars a year. The carmaker had a worldwide workforce of 190,000 people at the end of 2019.

Ford's latest retrenchment comes as Hackett prepares to retire and Jim Farley will take the place of CEO on Oct. 1, the Detroit News reported.