BUSINESS Ford, Volkswagen in talks to build VWs at US Ford plants

Ford, Volkswagen in talks to build VWs at US Ford plants

Ford and Volkswagen are in talks about building VW vehicles in some of Ford's US factories. 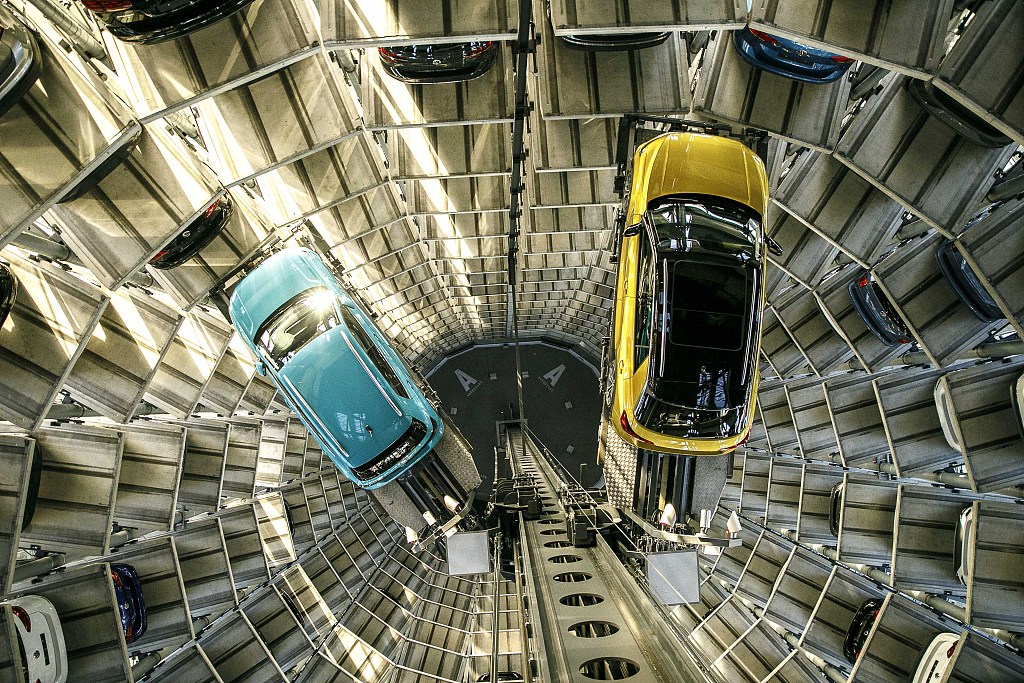 A Volkswagen T-Cross and a Volkswagen t-Roc are presented in one of the twin car towers at the Volkswagen Autostadt visitors center on December 4, 2018 in Wolfsburg, Germany.  (File photo: VCG)

VW CEO Herbert Diess told reporters after a meeting at the White House that the automaker in talks with Ford. The meeting was held Tuesday with executives from VW, BMW and Daimler to discuss trade issues.

Ford CEO Jim Hackett confirmed the VW talks Tuesday and Executive Chairman Bill Ford said the negotiations are going well. But both said they weren't ready to announce anything.

Hackett wouldn't say that Ford has excess factory capacity that could be used to build VWs, but said he is happy with the way his company utilizes its factories.

"We really manage that tightly," he said. "I'm really proud of where we are and our utilization right now."

The announcement comes a week after rival General Motors announced plans to close as many as five plants in the US and Canada and lay off up to 14,000 white- and blue-collar workers.

Hackett said Ford has been able to avoid such announcements by running its operations mainly on three shifts.

"I'm really happy with where we are," he said at the company's holiday party at a manufacturing research facility in Redford Township, Michigan, near Detroit. "We're in great shape," he said.

VW has said it's considering a new US factory to build electric vehicles that the company plans for the future.

The company now builds SUVs and the Volkswagen Passat midsize car at a factory in Chattanooga, Tennessee, but imports the rest of its vehicles.

Ford and VW also are in talks about an alliance to build commercial vehicles that could lead to other ventures.

Morgan Stanley analyst Adam Jonas wrote in a note to investors Monday that Ford could lay off as many as 25,000 workers as it restructures to make itself leaner and more able to compete in a changing automotive market that includes electric and autonomous vehicles.

Neither Hackett nor Ford would say if Jonas' number was too high, but Hackett said the number did not come from Ford.

Bill Ford said it bothers him that many employees are worried about losing their jobs under the $11 billion restructuring, which is to come in several waves starting next year.

"Anytime we do anything that is negative to them or their families I feel it personally," he said. "We're taking great care as we go through our business plan to make sure that we engage people early, talk to them, explain to them. If we have to do something we want to do it the right way."

Ford said he was not bothered by Diess disclosing the factory discussions, noting that the VW chief was at the White House to talk about building vehicles in the US.

President Donald Trump is trying to pressure the German automakers into opening more factories in the US and has threatened tariffs on imported vehicles.

Trump "shared his vision of all automakers producing in the United States and creating a more business-friendly environment," the White House said in a statement about the meeting Tuesday.