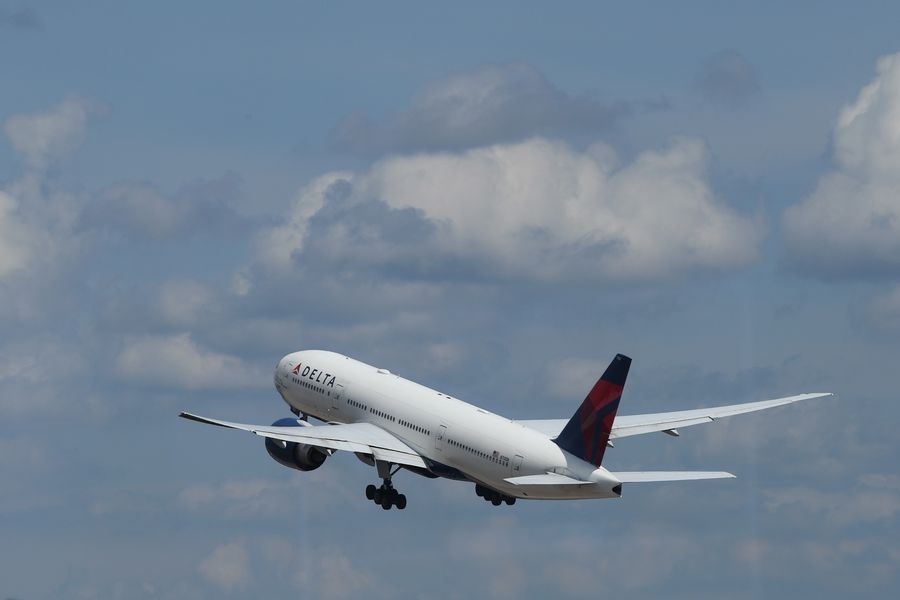 The first Atlanta-Shanghai flight takes off at Hartsfield-Jackson Atlanta International Airport in Atlanta, the United States, on July 20, 2018. [Photo/Xinhua]

Some major foreign carriers have announced plans to resume flights to China following the temporary suspension of services in February due to the outbreak of COVID-19, which is expected to provide more options for travelers and help foreign carriers increase revenues.

It announced that this week, it will have two flights from Seattle to Shanghai via Seoul－one on Thursday and one on Friday. Return flights will leave from Shanghai on Saturday and Sunday.

Starting next week, it will continue operating two flights weekly via Seoul to Shanghai, but one will leave from Seattle and one from Detroit. Plans call for that schedule to continue until Oct 24, Delta said.

"We are excited to resume our services between the United States and China as economic and social activities start to recover. We are implementing unprecedented health and safety measures and practices," said Wong Hong, president for Greater China and Singapore for Delta Air Lines.

Delta said all customers are required to wear face coverings during travel and are encouraged to bring their own food. The carrier will also block the middle seats, reducing the number of passengers on each flight.

After discussions between regulators, the US and China have agreed to each allow four weekly flights connecting the two countries, easing a standoff on travel restrictions in the midst of the pandemic.

In early June, China adjusted policies for international passenger flights, allowing more foreign carriers to resume flights to China once a week, according to the Civil Aviation Administration of China.

In the past few months, foreign airlines that had suspended services early were unable to operate flights to China, according to the CAAC, which cited epidemic control and prevention reasons.

"Currently, there is a serious shortage of international flights that connect Chinese and overseas cities. The relaxed policy has positive significance," said Lin Zhijie, an aviation industry analyst, who is also a columnist at Carnoc.com, one of China's biggest civil aviation websites.

"It will be beneficial for passengers and carriers, and it will also help with economic recovery and personnel exchanges between China and other countries," Lin said.

With relaxed travel restrictions in China and growing demand, Air France has resumed its once weekly passenger service between Paris and Shanghai. Its first resumed flight arrived in Shanghai on Friday.

"After this difficult period, we feel very much delighted to welcome our customers to fly with us again with our resumed flights to their destinations in China," said Toon Balm, general manager of Air France-KLM in China.

Meanwhile, Air New Zealand resumed its once-weekly passenger flights between Auckland and Shanghai on Monday for the first time since the route was suspended in early February.

"While we have been operating some dedicated cargo flights between Auckland and Shanghai, it's great to be able to open these services up for passengers to book. We expect Chinese nationals in New Zealand wanting to return to China, or New Zealanders in China seeking to return home, will look to use these services," said Scott Carr, general manager of networks with the carrier.

Most schedules are similar to June's, and some added flights to destinations in Asian countries.