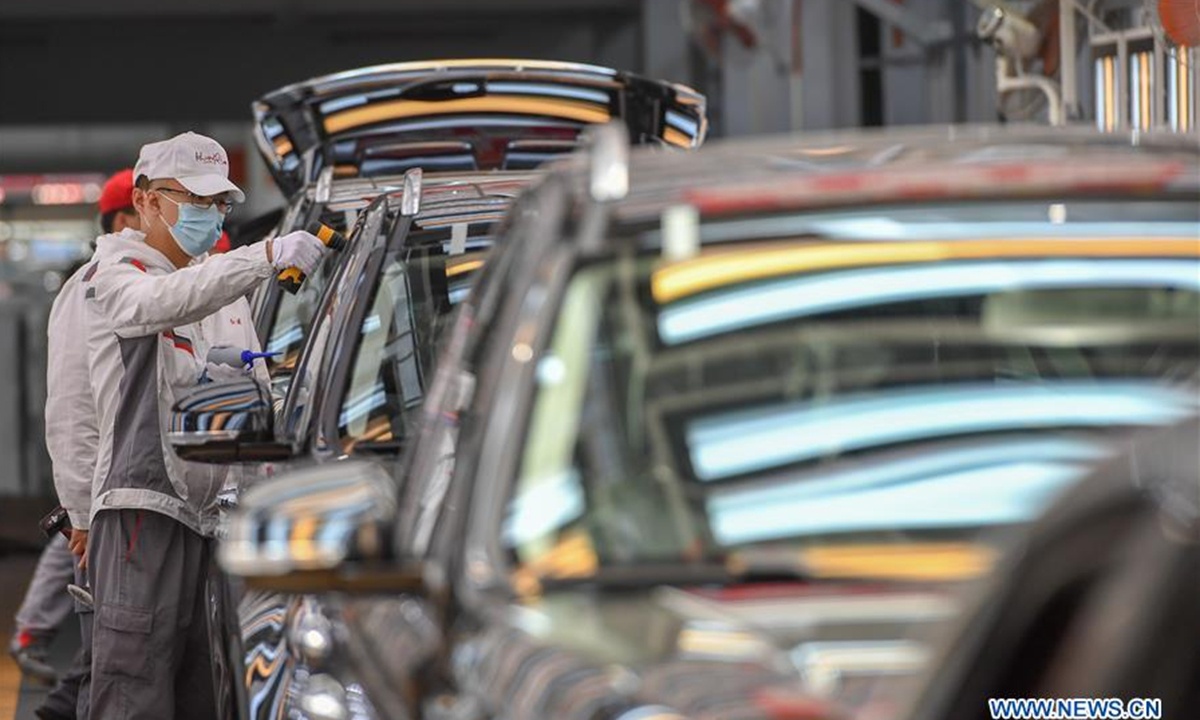 Foreign automakers are seeing strong momentum in vehicle sales in the Chinese market, which grew 7.4 percent in September as China's economy recovers from the COVID-19 pandemic.

Sales of passenger cars in China grew 7.4 percent in September, as the world's biggest auto market recovers from the coronavirus. The rapid recovery of the Chinese market is expected to revive the downturn in revenues for many foreign automakers based in China, analysts say.

Retail sales of passenger vehicles in China hit 1.91 million units in September, keeping the highest growth rate of the past two years for three consecutive months, according to data released by the China Passenger Car Association (CPCA) on Tuesday.

The growth was accompanied by a 99.6 percent rise in sales of new energy vehicles in September as compared with a year before, and it is up 24.1 percent from August.

The strength in sales has been boosted by China's continued economic recovery from COVID-19, Feng Shiming, an independent car analyst, told the Global Times on Tuesday.

"The extended 8-day national day holiday has seen rising demands for reunions, traveling, and getting married, which all stimulated demand for car purchases in September," Feng said.

On Tuesday, Tesla announced it would reduce the price of its imported Model S long-range plus version and high-performance version by 23,000 yuan ($3,413) following recent price cuts, according to its official website.

The second-largest foreign auto maker in China said that it delivered 771,400 vehicles from July to September.

"The Chinese market offers an opportunity for foreign auto companies to revive their fortunes", said Feng. "The strong consumer demand in the Chinese market is expected to make up for the downturn in the European and US markets," Feng added.

Foreign auto companies such as GM and Ford have also been at pains to promote their electric models to better cater to the Chinese market, Feng added.