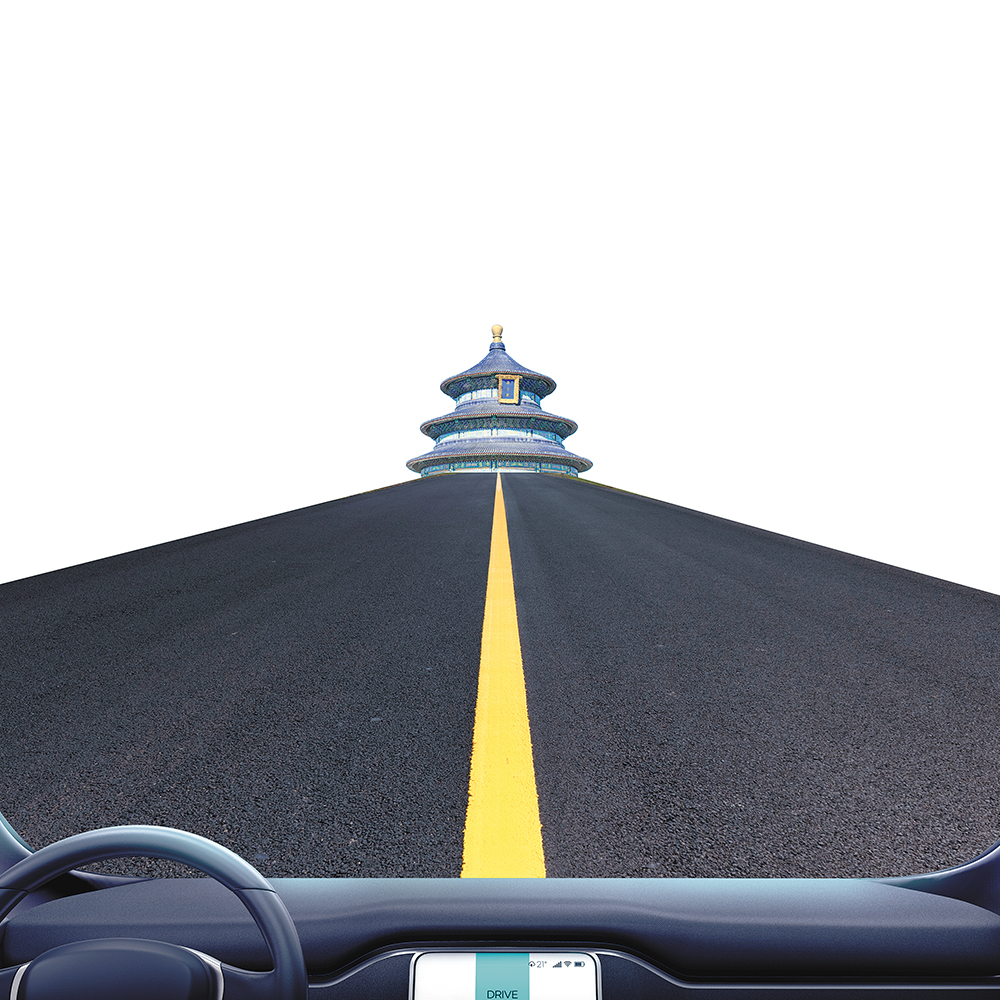 China has held the distinction of being the world's largest market for cars since 2009.

According to the China Association of Automobile Manufacturers, more than 26 million new vehicles were sold in the country last year, over 11 million more than in the second-placed United States.

The huge number of new vehicle sales in China captivated major carmakers worldwide, who are increasing investment to further explore the nation's potential. China is one of the largest markets for these companies.

Back in 1988, Audi, a luxury brand of German car giant Volkswagen, started to produce vehicles in Changchun, Jilin province, in partnership with China FAW Group, which produces Hongqi vehicles, its premium brand.

To date, Audi has sold more than 7 million vehicles in China, most of which were produced at plants in the nation. Last year, some 40 percent of Audi's global sales were in China.

Late last month, Audi began construction of a plant in Changchun designed to solely produce electric vehicles, in the hope of securing a future as bright as that in the age of gasoline-powered cars.

The plant is owned by Audi's joint venture with China FAW Group, the Audi FAW NEV Co, the first Chinese joint venture in which Audi holds a majority stake.

Audi said it is investing 2.6 billion euros ($2.72 billion) in the overall project, including the creation of the joint venture and construction of the plant.

The investment marks the German manufacturer's latest attempt to explore the burgeoning new energy vehicle, or NEV, market in China. Sales of such vehicles accounted for 57 percent of the world's total in the first five months of this year, according to the China Passenger Car Association.

The Changchun plant, which is due to be completed by the end of 2024, is designed to produce more than 150,000 vehicles a year based on the Premium Platform Electric, or PPE, platform Audi has developed with Porsche, another Volkswagen premium brand.

Markus Duesmann, chairman of Audi's board of management, said: "We are bringing PPE to China. This means electric Audi models from China, for China."

The first models expected to roll off the assembly line include the A6 e-tron sedan and the Q6 e-tron SUV, said Duesmann, who is also responsible for the carmaker's China business.

"Audi has a clear road map for the electric future, and the Audi FAW NEV Co is an important part of our strategy for China," Duesmann added.

A total of 20 buildings will be completed at the Changchun site by the end of this year, according to Audi. The technical crews housed at the site will cover the entire value chain required for automotive manufacturing.

The site will also house a battery assembly facility, where Audi will manufacture high-voltage batteries produced specifically for China as part of the PPE platform.