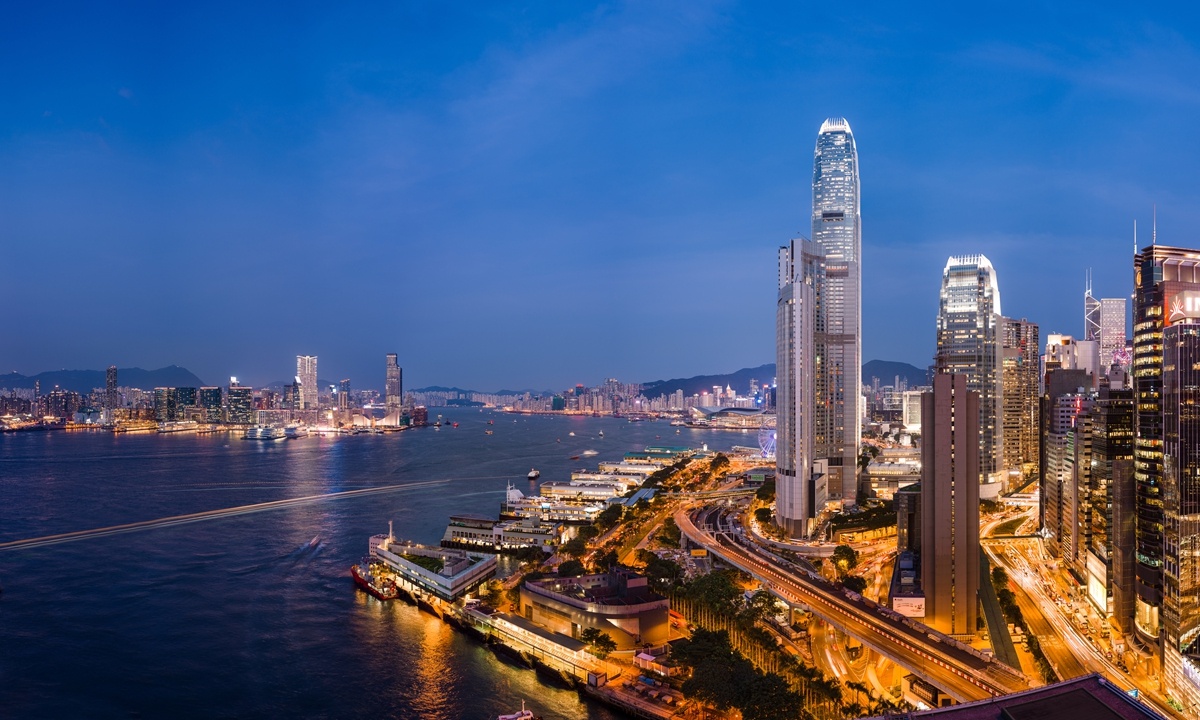 The Hong Kong Special Administrative Region (HKSAR)'s status as a critical business center for multinationals' operations in Asia has been fortified amid stability brought about by the national security law and the rapid development of the Guangdong-Hong Kong-Macao Greater Bay Area (GBA), industry insiders and analysts said on Tuesday.

Since the law took effect one year ago, the HKSAR, as an international business center, has become more attractive for foreign companies, as the noise made by some anti-China Western politicians and media outlets suggesting that the city's attraction to foreign investors have waned is losing credibility.

According to a ranking by UK-based think-tank Z/Yen and Shenzhen-based China Development Institute, the HKSAR was ranked No.6 among the world's financial centers in March 2020, before the law was implemented, in the Global Financial Centres Index. The city saw its ranking improve to No.5 in September 2020, after the law was enacted, and the ranking further improved to No.4 in March 2021, indicating the city's status received positive support from the implementation of the law.

The stability benefits of the national security law can be felt on the ground.

A Hong Kong-based banker who gave his name as Jeff told the Global Times that financial institutions, unlike Apple Daily, which existed to stir up chaos, crave a stable environment so they can do business. "The cost of repairing an outlet smashed by rioters can pay for 20 bankers for a whole year!" he said.

Apple Daily, a secessionist tabloid that has been widely criticized for spreading lies and sowing discord in the city, closed down on Thursday after a series of legal troubles - prompting new wave of attack from some Western anti-China forces against the HKSAR's status as an international business center.

However, since the implementation of the national security law, there has been no pulling out of investment among the mainstream banks, including five systemically important banks, major regional banks and large foreign investment banks, Jeff observed.

Some minor banks or smaller financial institutions have left the city, but that was primarily as a result of their poor performance, as was the case with Dutch bank ABN AMRO.

Meanwhile, "some US financial institutions that left in 2019 due to perceived instability wanted to move back in 2020, but couldn't due to the epidemic," he said.

A number of foreign banks have beefed up their presence. US-based Citigroup Inc has revealed plans to add more than 1,000 professionals across its wealth franchise in Hong Kong, including more than 550 new relationship managers and private bankers throughout the next five years, the US bank confirmed to the Global Times on Tuesday.

As of mid-May, the bank had hired 75 professionals for its wealth business in the city.

Jeff, who witnessed the turmoil and chaos in the city in 2019, pointed out that mainstream banks not only did not leave, they actually - in an apparent trend - increased their stakes in the GBA.

Experts said that inflows and outflows are common for any financial center, and it is the net capital flow that measures the ultimate attractiveness of a financial center in the eyes of investors.

The Hong Kong Monetary Authority said in February that the city saw net inflows of capital in 2020, and the number of asset management companies increased from 1,808 in 2019 to 1,878 in 2020. 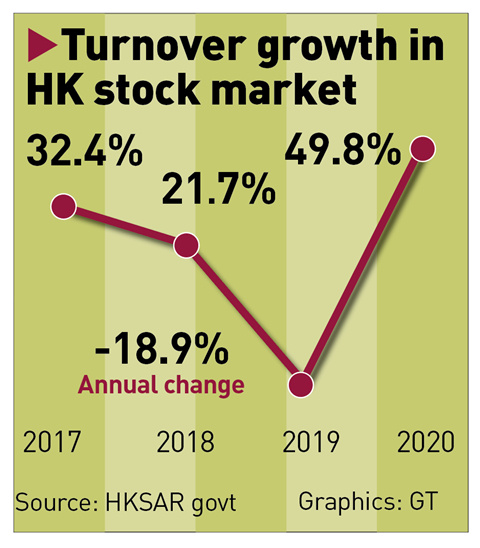 Overseas enterprises will not retreat from the HKSAR, Liang Haiming, chairman of the China Silk Road iValley Research Institute, told the Global Times on Tuesday.

"In order to maintain the prosperity and stability of the city, the central government has announced measures to help cement the international financial hub standing of Hong Kong," Liang said, noting that a cross-border wealth management connect in the GBA expanded channels for international investors to participate in the Chinese mainland market.

Also, there has been no sign of large-scale withdrawal among around 1,600 EU-based enterprises in the HKSAR, which showed that most of them hold a neutral or positive attitude toward the national security law in the city, Liang said.

Foreign investors also beefed up their businesses in the GBA, with the HKSAR playing an important part in the cross-border banking strategy.

Following a sweeping plan in May 2020 to facilitate cross-border transactions and investments in the GBA, Standard Chartered said that it would set up a business center in Guangzhou with a total investment of $40 million and over 1,600 employees by the end of 2023.

HSBC has established three global operations centers in Guangzhou and Foshan to provide banking services support, technology development, data and analytics for its operations in many regional markets.

Liang said that US and EU companies have welcomed the peace and stability in the city under the national security law, with international banks stepping up hiring.

With the support of the central government, the HKSAR will also step up the development of other businesses like derivatives trading to enrich the supply of products and attract global investors, which will promote the city's competitiveness as an international business center, Liang said.