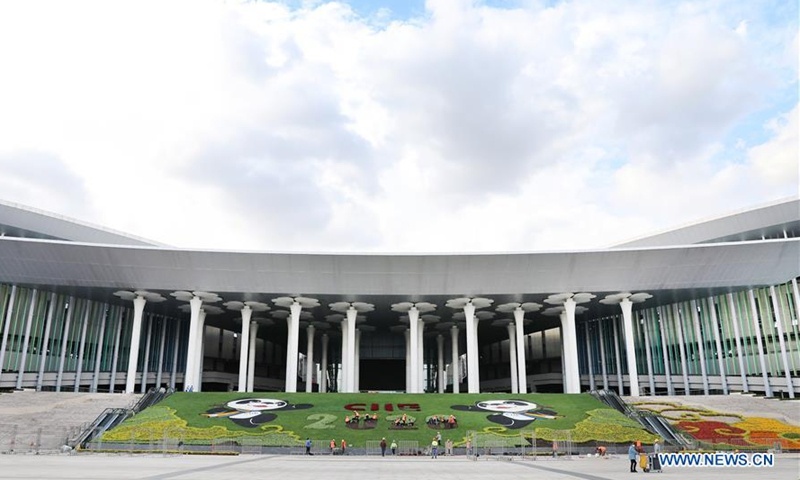 Foreign firms are sending more China-based staff to join the third China International Import Expo (CIIE) due to open on November 5, in a bid to seek a strong presence in the Chinese market, as the host city Shanghai is implementing strict pandemic prevention measures for the event, the Global Times learned on Monday.

Exhibitors including Johnson & Johnson, AstraZeneca, Pfizer and Vorwerk told the Global Times that they will not send foreign executives or staff to attend the CIIE due to the difficulties of international travel and the long quarantine period. Instead, they will send more of their China-based team to join the event since the CIIE is such a big event that they cannot miss out on it.

Shanghai requires overseas participants to go through a 14-day self-health monitoring period before entering the country and 14-day quarantine at designated hotels after arrival, the municipal government said last week.

This means foreign visitors may need to be quarantined for up to 28 days in total if their home country also requires a 14-day quarantine upon their return.

That said, many will send Chinese-based staff to be sure of a strong presence in the Chinese market.

"According to the requirements of the authorities, all our staff will conduct nucleic acid testing and submit personal health commitments to enter the event venue," Leon Wang, executive vice president, international and China president of British drug-maker AstraZeneca, told the Global Times.

Wang noted that the company has expanded its exhibition area to 1,000 square meters this year, making it one of the largest booths in the medical equipment and healthcare area.

Despite a strict quarantine requirement, some exhibitors will still come to China to promote their products in person. The border inspection authority in Shanghai expects that the peak for arrivals of overseas CIIE exhibitors will occur on Tuesday and Wednesday, an official told the Global Times on Monday.

Chelsea Li, CEO of Sweden-based food trade company Scandic Foods Asia and also an exhibitor at the CIIE, told the Global Times on Monday that three of her business partners have already arrived in Shanghai from Denmark and Sweden to attend the event.

"Two of them have completed the 14-day quarantine as the authority asked," Li said. "We are all confident in China's epidemic control measures, which are very strict and have produced good results."

On the basis of strict epidemic control measures, the city is also considering a possible fast track for some visitors.

According to a source close to the Shanghai health authority, who declined to be identified, the authority is mulling epidemic control policies targeting different categories of foreign visitors to the CIIE. For instance, it may provide special channels for foreign dignitaries or representatives from Fortune 500 companies.

The entry of the actual overseas exhibits started early to make sure they could be on time.

More than 40 kinds of medical devices from Boston Scientific were shipped by air from the Netherlands, Ireland, the US and other places to Shanghai starting from August, the company told the Global Times in a written reply.

"It is expected that customs clearance will be completed before October 25," the company said, adding that this year's shipment started one month in advance given that logistics will be hindered by the coronavirus.

Li also told the Global Times that the company's exhibits, about 70 in all, entered customs since August. For frozen products that enter the country via Qingdao in East China's Shandong Province - where some packages of imported cold-chain products were tested for coronavirus - every batch of products needs to take nucleic acid tests, and the cost is covered by the Qingdao government, Li said.