SHANGHAI, March 25 (Xinhua) -- In the Yangtze River Delta, one of China's most economically vibrant regions, foreign enterprises are ramping up investment, as the world's manufacturing hub gradually recovers from the novel coronavirus epidemic and goes all out to restore economic activities.

U.S. materials science firm Dow on Monday announced its plan to invest 300 million U.S. dollars over the next five years in its manufacturing site in Zhangjiagang, east China's Jiangsu Province. 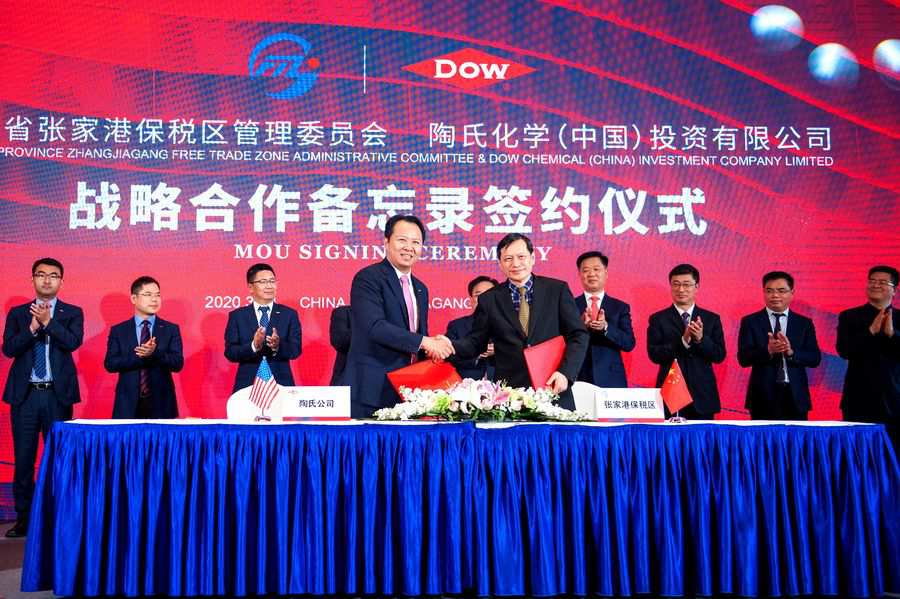 About 100 km away from Zhangjiagang, Starbucks announced in mid-March its largest manufacturing investment outside the United States -- building a coffee innovation park in the city of Kunshan, with an initial investment of 130 million U.S. dollars.

Other foreign investments springing up recently in the region include retail giant Costco's planned second store in Shanghai and U.S. agribusiness leader Cargill's investment in the neighboring province of Zhejiang.

These investments reflect foreign companies' long-term confidence in the growth potential of China despite the economic fallout from the coronavirus epidemic, experts said.

"Although the world is still facing arduous epidemic prevention and control work, foreign investors see no decline in their enthusiasm for the Yangtze River Delta," said Zhong Yan, a researcher with the Shanghai Institute for East Asian Studies.

Covering a 358,000-square km expanse, the Yangtze River Delta, consisting of Shanghai and the provinces of Jiangsu, Zhejiang and Anhui, is one of the most populated and urbanized city clusters in China, contributing one-fourth of the country's gross domestic product.

Zhong attributed the ardor of foreign investment, ranging from the industries of chemicals, food, health care, to consumer goods and modern services, to China's expanding and upgrading market demand.

Dow's expanding manufacturing site in Zhangjiagang is seen as a key step for its development in the delta region and beyond, considering China's growing market and the wide application of differentiated silicone products in key industries, such as mobility and transportation, building and infrastructure, electronics, and home and personal care. 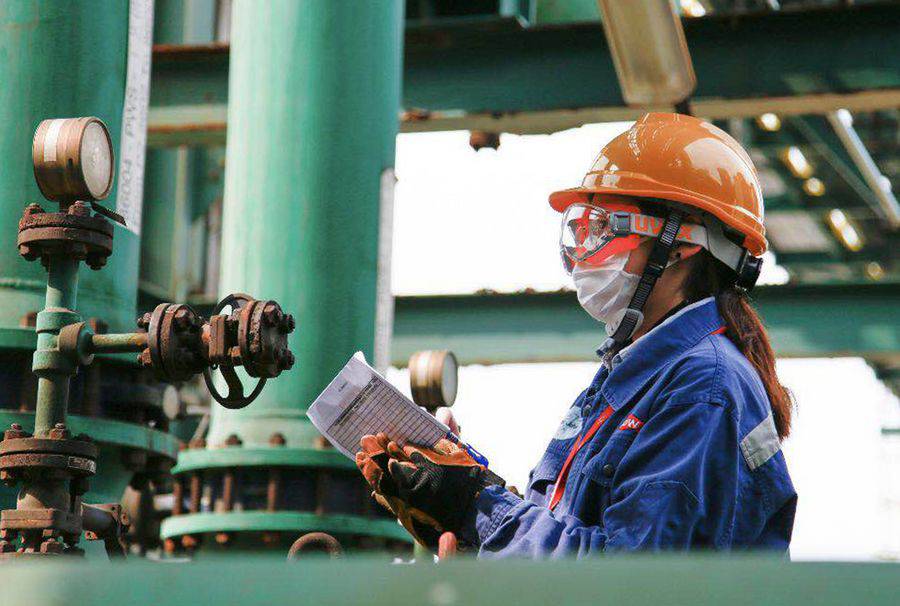 An employee works at a base of Dow Chemical Company in Zhangjiagang, east China's Jiangsu Province, March 8, 2020. (Xinhua)

"Due to megatrends such as globalization, urbanization, and a growing focus on sustainable development, customers across industries are seeking more innovative, sustainable, and differentiated silicone products -- especially customers in China and the Asia Pacific region," said Mauro Gregorio, president of Dow Performance Materials &Coatings.

Many foreign companies see China as a long-term priority, and are thus ramping up investment to cash in on the growing purchasing power of consumers in the world's second-largest economy.

"Starbucks has spent the past 20 years sharing its passion for coffee across China," said Belinda Wong, Starbucks China chairman and CEO, adding that the coffee innovation park in Kunshan will set a blueprint for the future of coffee roasting and supply chain management and further elevate China's coffee industry.

The Yangtze River Delta has long been one of Starbucks' most important markets. Shanghai, where Starbucks China is headquartered, has become the city owning the most Starbucks stores in the world, with more than 700 stores opened in the city.

Foreign businesses are taking a variety of measures to counter uncertainties from the epidemic, but multinational companies will not change their global strategies just because of short-term factors like the coronavirus outbreak, Zhong said. 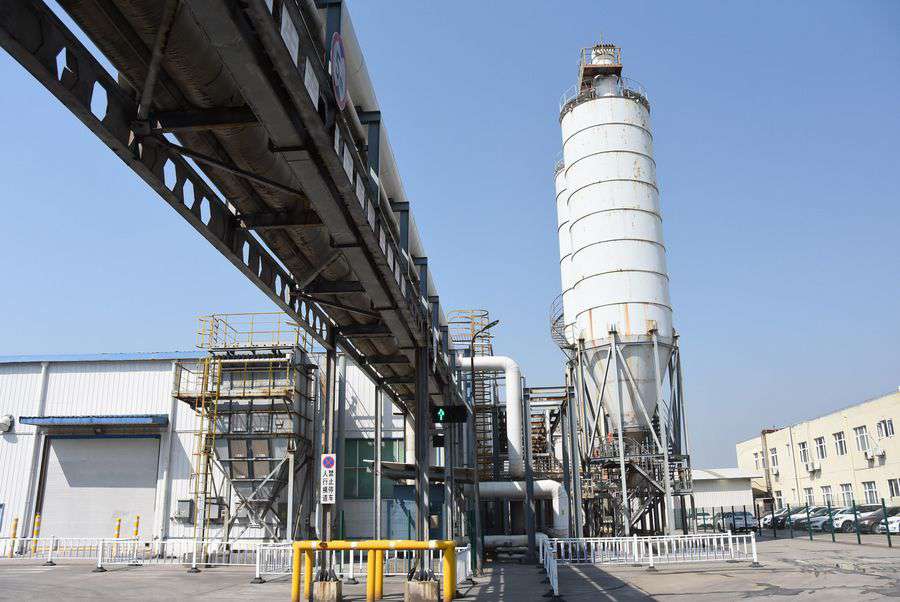 "In the short term, the world may experience slowing investment and capital shortages. This requires China, a major engine of the world's economy, to go full steam ahead," Zhong said. "Multinational companies participating in this process are both beneficiaries and promoters," he added.

As the epidemic wanes in the country, China's economy is gradually returning to normality. Sheng Laiyun, deputy head of the National Bureau of Statistics, said although the outbreak has exerted relatively big shocks on economic activities in the first two months, its impacts are short-lived and controllable.

The country's sound economic fundamentals will not be changed in the long term as enterprises are getting back to work, Sheng said, adding that China will strengthen counter-cyclical adjustments and invigorate the innate resilience of the economy to shore up high-quality development.

Measures facilitating the resumption of production were in line with recent satellite maps, showing an expanding area of nighttime light in the Yangtze River Delta in March compared with early February, especially in some manufacturing zones. 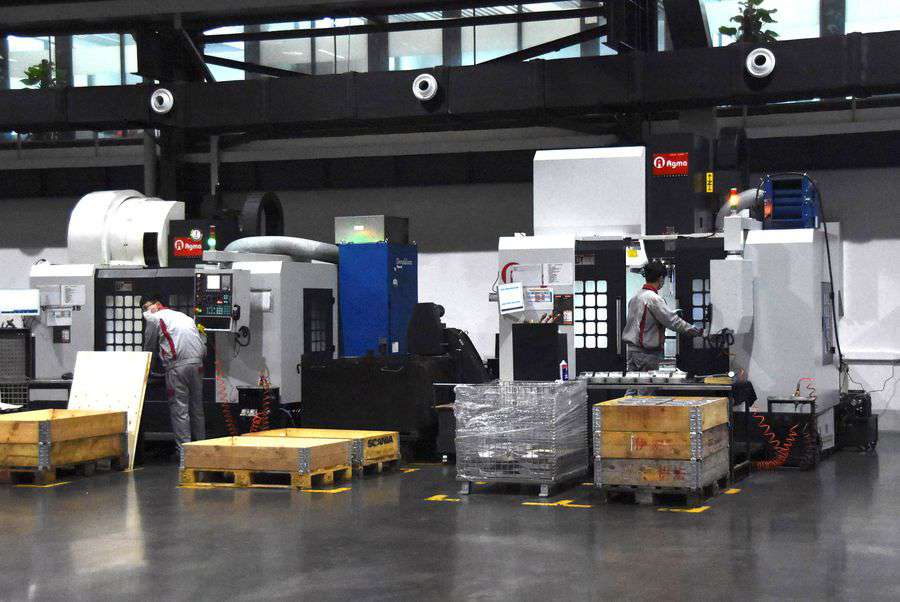 After more than 40 years of reform and opening-up, China is playing a more stabilizing and active role in the world's economy, said Zhong.