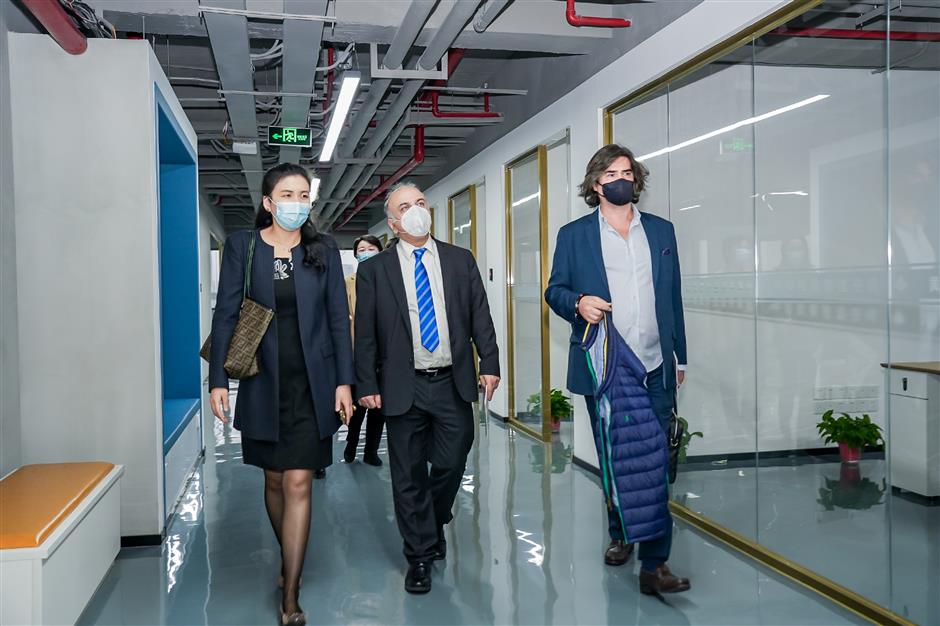 Foreign officials visit the newly unveiled service base on the South Bund.

The Huangpu District Foreign Investment Service Base was unveiled on the 11th and 12th floors of the North Industrial Building in the South Bund area.

Its services include investment promotion, company services, incubation, brand promotion and handling of complaints, according to the commerce commission of Huangpu.

The Huangpu international chamber of commerce and the district's foreign company association have also moved into the new base. An incubation center on the 11th floor will mainly serve foreign startups.

GARCES FRUIT, Chile's biggest cherry exporter, is among its first batch of customers.

With the help of the service base, the company aims to export over 80 percent of its fruits to the China market, said Hernan Garces Gazmuri, the company CEO.

Foreign direct investment in actual use in Huangpu reached US$938 million in 2021, jumping 15.4 percent on year. Overseas investment in the downtown district between January and September 2022 surged 26 percent annually, contributing to nearly half of Huangpu's tax revenue, the commission revealed.