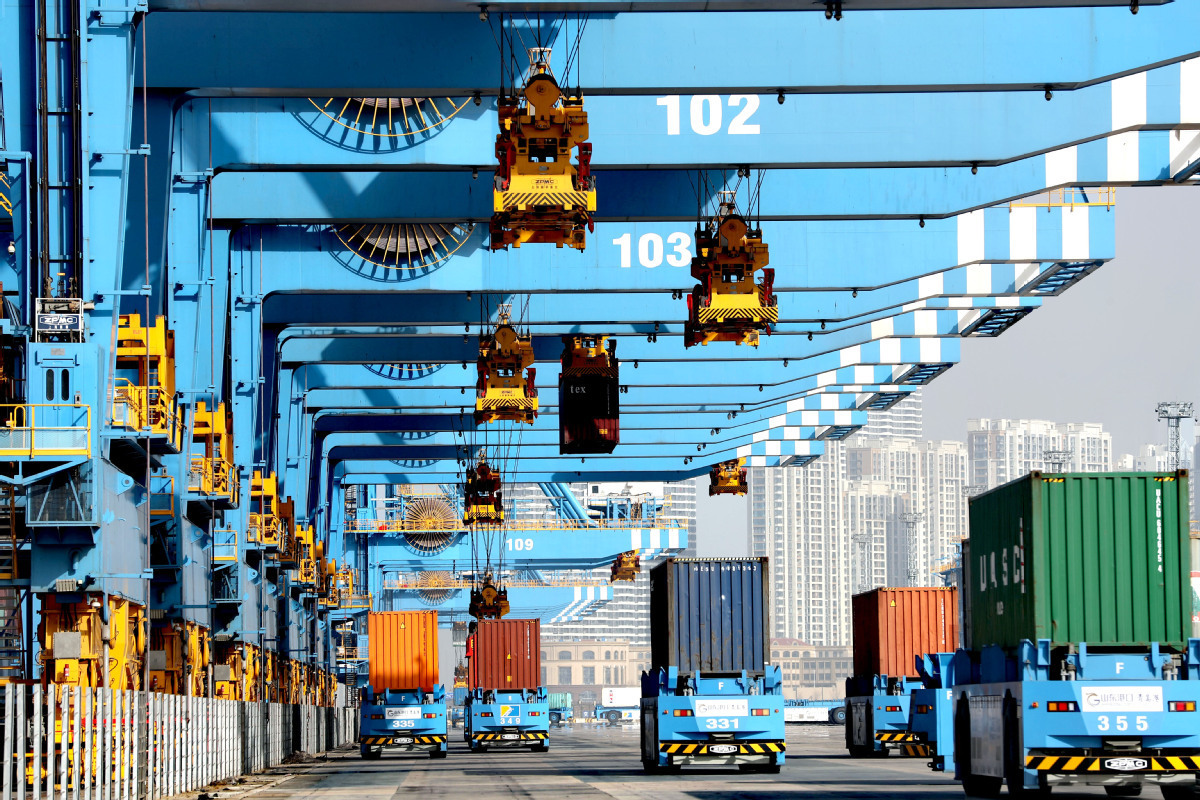 Containers are transported at a port in Qingdao, East China's Shandong province, on Jan 12, 2021. [Photo/IC]

China is the world's only major economy to have registered positive growth in foreign trade in goods, with its total goods across imports and exports expanding 1.9 percent year-on-year to 32.16 trillion yuan ($5 trillion) in 2020.

According to official data, the country's exports rose 4 percent last year. Moreover, foreign trade and exports accounted for 12.8 percent and 14.2 percent of the world's total, respectively, during the first 10 months.

China made 40 face masks for every person around the world from March through December, said the Bloomberg.

Demand for China's goods may remain strong in the next few months with the recent surge of COVID-19 infections in some counties, said Bloomberg, citing Ding Shuang, chief economist for Greater China and North Asia at Standard Chartered Plc in Hong Kong.

The Wall Street Journal said China has expanded its role in global trade and shored up its position as the world's factory floor. The country's market, lifted by its fast recovery from COVID-19 to retain growing momentum, will contribute to the earnings of international firms.

Moreover, the Wall Street Journal pointed out the world was even more reliant on China for progress than previously.

China’s economy is growing faster now than before the COVID-19 pandemic, said The Washington Post on Jan 19.

The country's economy continues to power ahead with remarkable momentum, leaving other major economies behind, and it has cemented its position as the primary driver of what has so far been a dismal global economic recovery, Eswar Prasad, a professor at Cornell University and former China director for the International Monetary Fund, was quoted as saying by The Washington Post.