Foreign-related intellectual property cases on the rise, mostly involving US 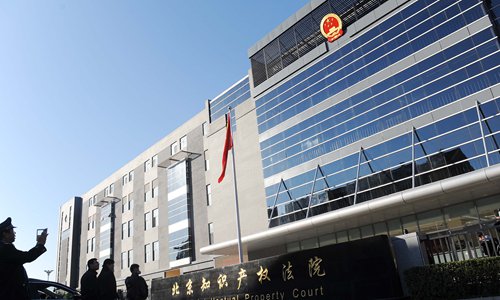 Foreign-related intellectual property cases have been increasing in China, with many involving the US, accounting for 33.2 percent, a senior judge said on Sunday.

In the first half of 2019, the Beijing Intellectual Property Court processed 13,736 foreign cases, accounting for 21.1 percent of its total cases since it was founded in November 2014, Chen Jinchuan, vice chief of the court, said on Sunday at the China Forum for International Legal Cooperation in Guangzhou, South China's Guangdong Province, thepaper.cn reported on Monday.

A total of 10,755 cases involving foreign affairs have been closed. The cases do not include those involving Hong Kong, Macao or Taiwan.

About 95.8 percent of the foreign-related intellectual property cases are administrative cases, among which 91.8 percent are on trademarks, the report said. Meanwhile, 572 are civil cases, involving trademarks, copyright, and unfair competition.

Cases concerning Fortune 500 companies are up to 1,122, accounting for 10.4 percent of the total cases. The automobiles and parts industries have the most cases, followed by computing, office supplies, and petroleum refining.

The cases involved 90 countries and regions, with 33.2 percent of them involving the US, 10.3 percent of involving Germany and 8.8 percent involving Japan.

According to Chen, interested parties in the civil cases asked for average compensation of 2.77 million yuan.

The court was set up in 2014 as China's first intellectual property court. Many foreign companies and multinationals have chosen to file lawsuits in the court to safeguard their intellectual property rights (IPR). China has stepped up the protection of IPR in a bid to improve the business environment and encourage innovation, the Xinhua News Agency reported.