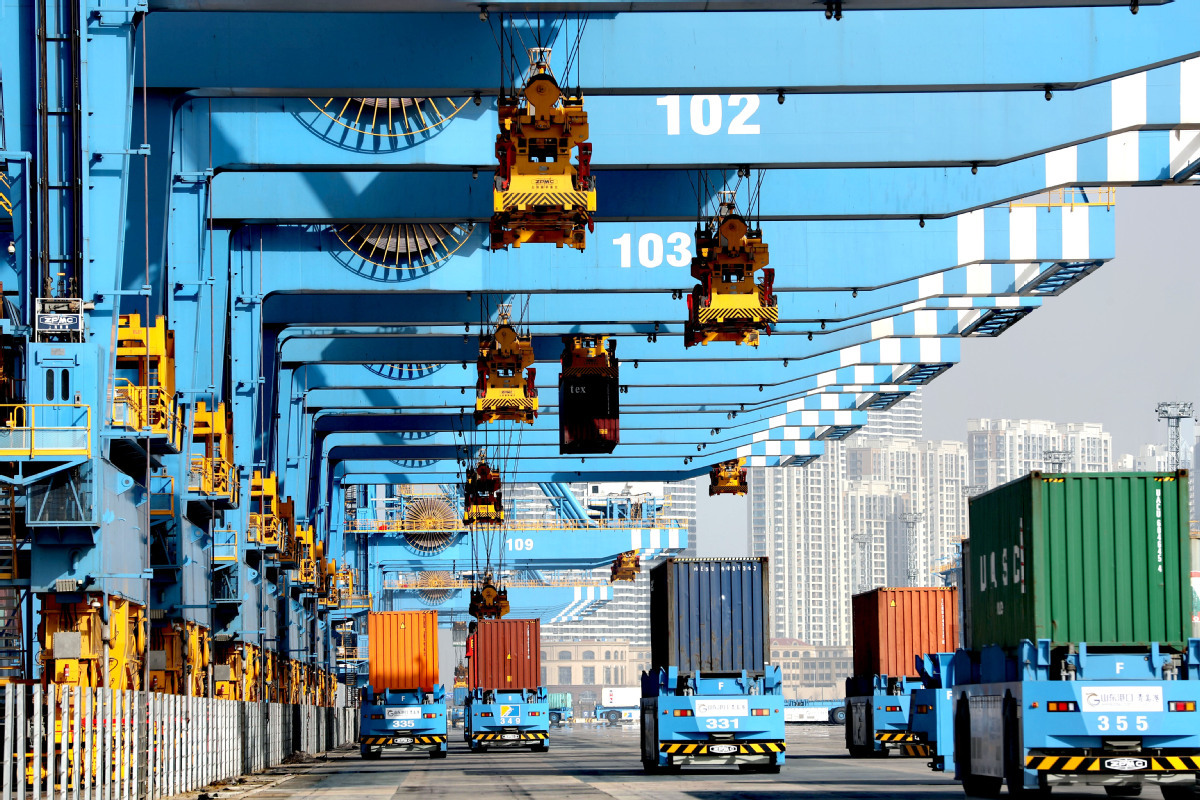 Containers are transported at a port in Qingdao, East China's Shandong province, on Jan 12, 2021. (Photo: IC)

China was the only major economy in the world to achieve positive goods trade growth in 2020, with its foreign trade beating expectations and registering a historic high, government officials said on Thursday.

Despite the impact of the COVID-19 pandemic, China started to register positive growth in foreign trade in June last year and hit a record high in total foreign trade volume, exports of goods and the global market share of the country's total trade by the end of last year, Li Kuiwen, a spokesman for the administration, said at a news conference.

According to the World Trade Organization, China's exports from January to October accounted for 14.2 percent of the international market and imports for 11.5 percent, both reaching historic highs. 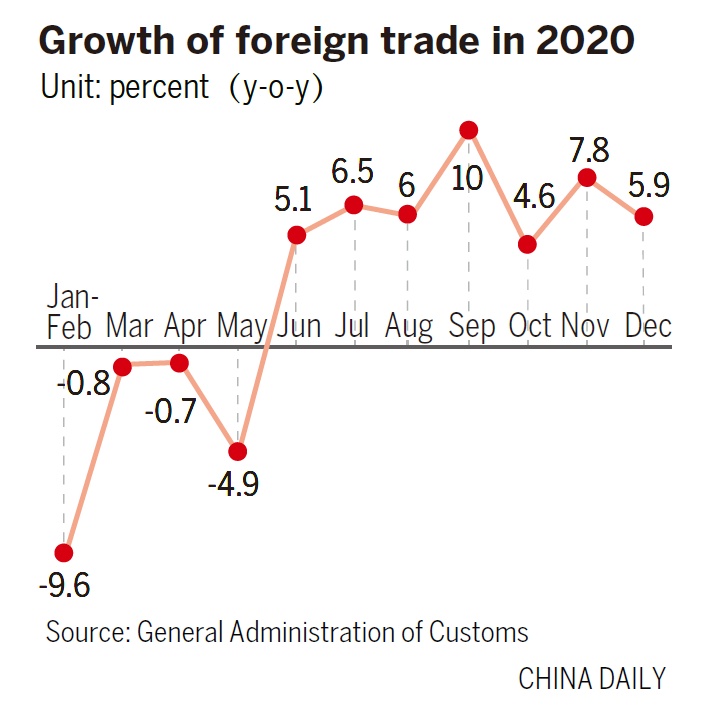 China saw a notable rebound in exports in 2020, led by strong sales of pandemic control supplies and items such as laptops, Li said, adding that as the country resumed production amid the containment of the pandemic, it managed to restore export orders while also stimulating domestic demand, leading to a rebound in imports.

He said that China has been playing its role as the world's largest supplier of anti-epidemic materials by carrying out international cooperation against the contagion last year, exporting anti-epidemic goods to over 200 countries and regions.

In the meantime, the administration reported that China's exports of products for use in the home, including tablet personal computers, pasta makers and other household appliances, rose 8.5 percent year-on-year to 2.51 trillion yuan, meeting consumers' needs across the globe as they stayed at home during the pandemic.

With China continuing to push economic growth via the "dual-circulation" development paradigm, in which the domestic market is the mainstay and the domestic and foreign markets complement each other, promoting further reform and opening-up, and signing more free trade deals with various partners, Li said the country's foreign trade is expected to maintain high-quality growth in 2021.

"China's trade growth was mainly pushed by its effective prevention and control of the pandemic last year," said Li Xingqian, director-general of the Ministry of Commerce's Department of Foreign Trade.

"When many global manufacturers stalled, Chinese factories stood out," Li said, adding that this situation enabled global orders to return to China from the third quarter of 2020.

The robust orders generated a strong rebound in both exports and foreign direct investment in the second half of 2020, notably making up for the decline in the first quarter when the pandemic severely hit the Chinese economy, said Gao Lingyun, a research fellow at the Chinese Academy of Social Sciences' Institute of World Economics and Politics.

Zhengzhou Yutong Group Co Ltd, a commercial vehicle maker based in Zhengzhou, Henan province, clearly reflects that trend, having delivered a total of 41,756 buses to its clients globally in 2020.

This year, the company is setting its sights on boosting its sales in both the ASEAN and EU markets.

China's efforts in further opening up its market will help domestic manufacturers sell their products to other parts of the world with lower tariffs and fewer barriers, said Cao Zhongyan, Zhengzhou Yutong's vice-president, citing the country's recent moves, including signing the Regional Comprehensive Economic Partnership agreement with 14 nations in November and completing in-principle talks on an advanced investment treaty with the EU last month.