US low-price fashion chain Forever 21, a one-time hot destination for teen shoppers that fell victim of its own rapid expansion and changing consumer tastes, has filed for Chapter 11 bankruptcy protection. 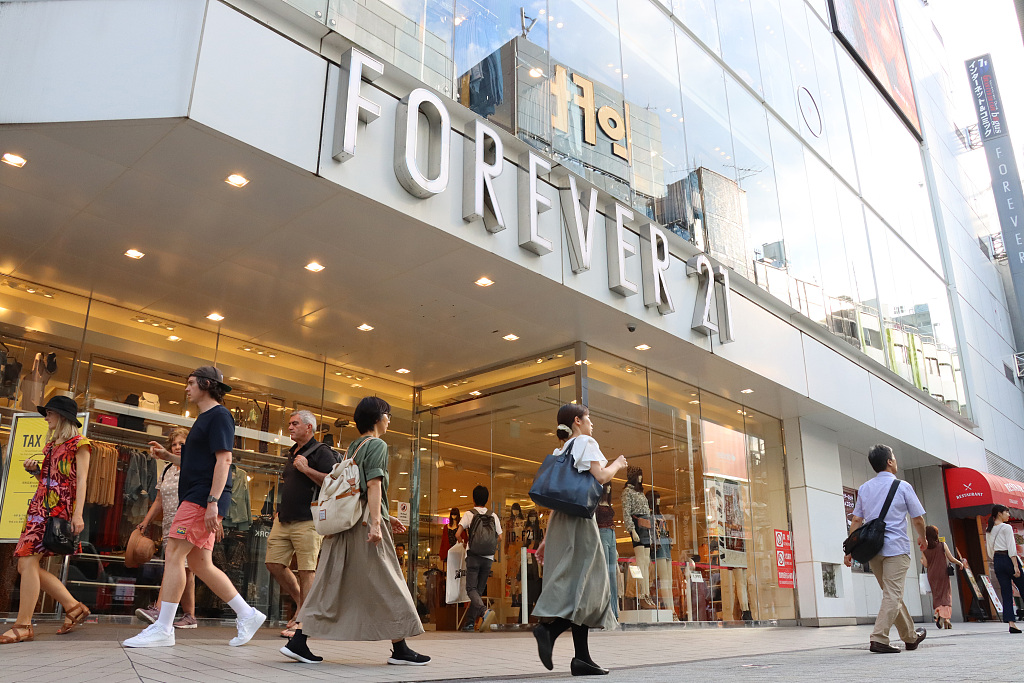 A shop of American fast fashion store chain Forever 21 stands at Shibuya fashion district in Tokyo on Wednesday, September 25, 2019. Forever 21 said they would close all their shops in Japan at the end of October. (Photo: VCG)

The privately held company based in Los Angeles said Sunday it will close up to 178 stores. The company once had more than 800 stores in 57 countries.

"Forever 21's restructuring will focus on maximizing the value of our US footprint and shuttering certain international locations," the company said in a statement. "As such, and as part of our filing, we have requested approval to close up to 178 stores across the US. The decisions as to which domestic stores will be closing are ongoing, pending the outcome of continued conversations with landlords. We do, however, expect a significant number of these stores will remain open and operate as usual, and we do not expect to exit any major markets in the US."

Forever 21 joins Barneys New York and Diesel USA in a growing list of retailers seeking bankruptcy protection as they battle online competitors. Others like Payless ShoeSource and Charlotte Russe have shut down completely.

The numbers bear out the crisis facing traditional retailers. So far this year, publicly traded US retailers have announced they will close 8,558 stores and open 3,446, according to the global research firm Coresight Research. That compares with 5,844 closures and 3,258 openings in all of 2018.

Coresight estimates the store closures could number 12,000 by the end of 2019.

Forever 21 was founded in 1984 and, along with other so-called fast fashion chains like H&M and Zara, rode a wave of popularity among young customers that took off in the mid-1990s.

Their popularity grew during the Great Recession, when shoppers sought fashion bargains.

But over the last year or so, fast fashion has fallen out of style. Young customers are losing interest in throw-away clothes and are more interested in buying eco-friendly products. They're also gravitating toward rental and online second-hand sites like Thredup, where they see clothes worn again instead of ending up in a landfill.

These trends are happening while discounters like Target have spruced up their fashion assortments, stealing away customers.

Forever 21 has also been more vulnerable than some other chains because of its large footprints in major malls, which are attracting fewer shoppers.