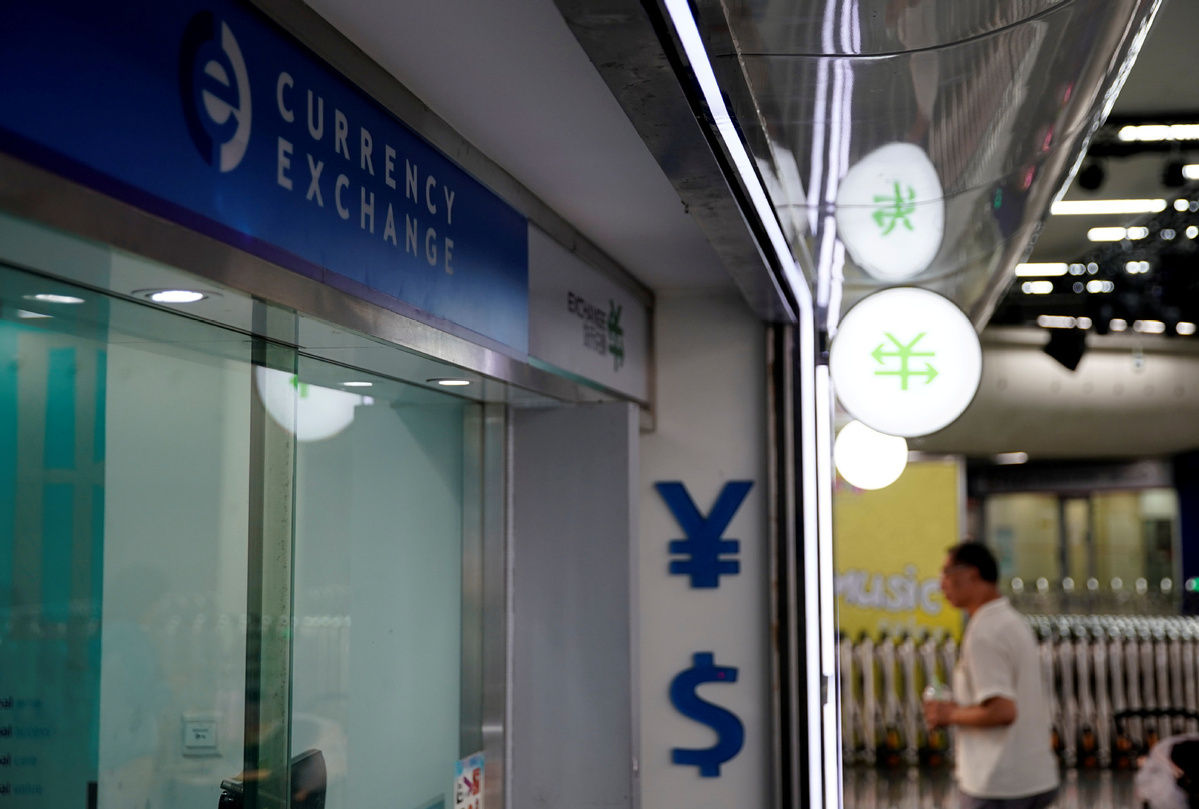 Signs of Chinese yuan and US dollar are seen at a currency exchange store in Shanghai, China August 8, 2019. (Photo: Agencies)

China's foreign exchange reserves fell for the second consecutive month in March to $3.06 trillion, amid global capital market shocks hit by the spread of the novel coronavirus, the nation's foreign exchange regulator, the State Administration of Foreign Exchange, reported on Tuesday.

The drop was by 1.5 percent, or $47.3 billion, from the beginning of the year, it said. The decline in March was mainly because of global financial market turmoil and sharp falls of the oil price affected by the pandemic, said Wang Chunying, a spokeswoman from SAFE.

Relative to the stronger US dollar, the depreciation of other currencies has led to remarkable adjustments of asset prices and influenced foreign exchange rates, she said.

"China's foreign exchange market remained stable, with a general balanced demand and supply relationship of foreign exchanges," said Wang, who expected severe impact from the pandemic on global economy and trade growth, along with increasing volatility in international financial markets.

But now the country is seeing modest improvements in output and production resumption is accelerating, as the virus containment measures have been successful in controlling the epidemic. The domestic real economy is recovering, which can support long-term stability of foreign exchange reserves, according to the spokeswoman.

China's foreign exchange reserves decreased to $3.107 trillion at the end of February, after the year's peak of $3.115 trillion in January, down by 0.04 percent per the SAFE data.