Forex risk reserve ratio up to 20% 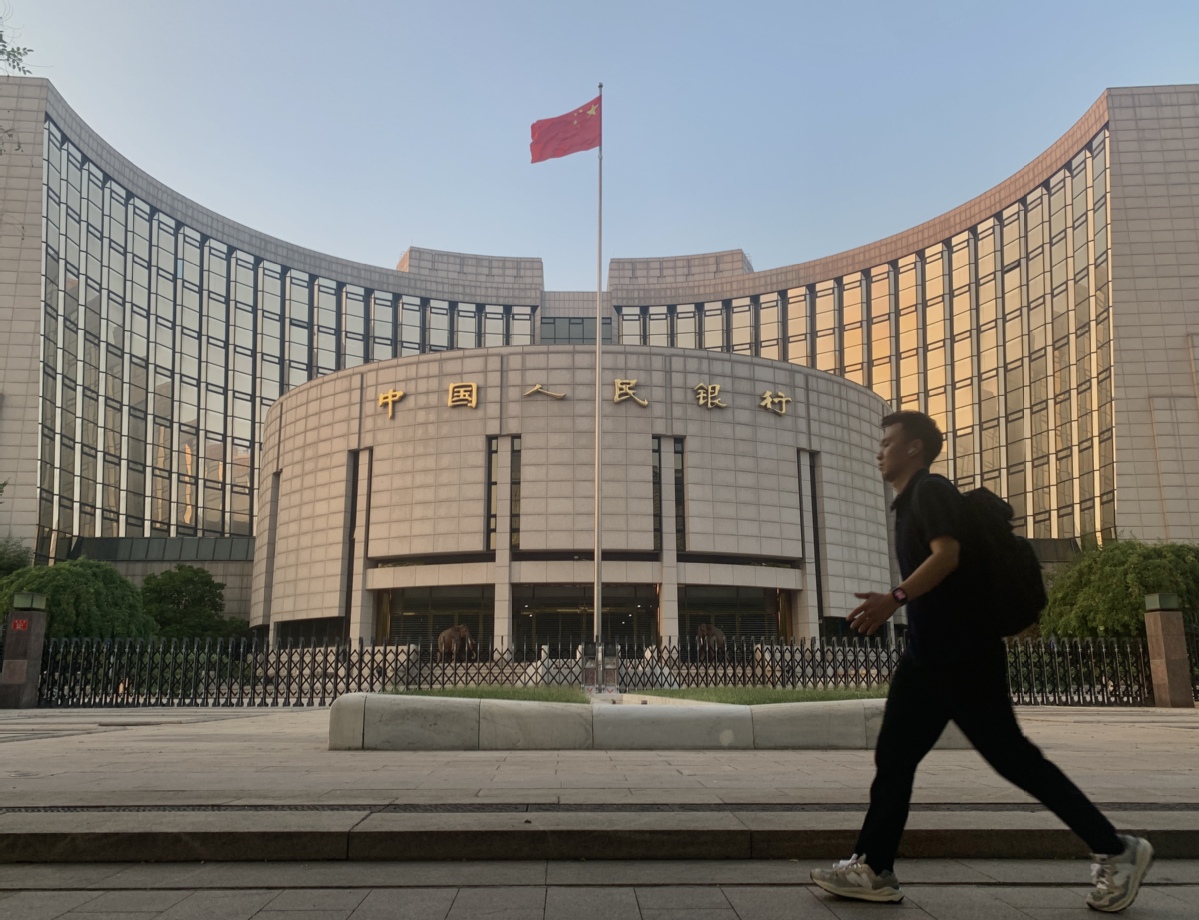 Observers say PBOC hike will ease US$ pressure on the RMB, stabilize market

The People's Bank of China, the country's central bank, announced before trading started on Monday it had hiked the foreign exchange risk reserve ratio for forward trading from zero percent to 20 percent, effective Wednesday.

The hike, experts said, will help alleviate downward pressure exerted by a stronger US dollar on the Chinese renminbi, besides stabilizing the currency market in general.

In early trading on Monday, the offshore renminbi's exchange rate against the US dollar dropped to 7.16, but rebounded 300 basis points after the PBOC announcement.

The adjustment in foreign exchange risk reserves was introduced by the PBOC in August 2015.The implementation from Wednesday will mark the fifth time that the PBOC has used this countercyclical tool. The ratio would be lowered when the renminbi shows excessive appreciation; it would be increased when the currency overly depreciates.

In other words, if a bank's forward forex sales were $10 billion last month, it would have to keep $2 billion in forex reserves with the PBOC this month, as per the latest adjustment.

The PBOC will return this sum a year later. The bank does not need to hand in this amount for the period before the adjustment.

Wu Chaoming, deputy director of the Chasing International Economic Institute, said the reserve amount maintained with the central bank is not repaid with interest, which will reduce the supply of capital that may aim at shorting the renminbi exchange rate.

The quote of forward forex purchases will also be elevated, which will result in higher costs of such purchases and restrain demand, he said.

For the second time in recent weeks, the PBOC made necessary policy adjustments in response to the renminbi's noticeable depreciation since Aug 15. When the renminbi's exchange rate breached 6.94 on Sept 5, the PBOC cut the foreign exchange reserve requirement ratio from 8 percent to 6 percent, effective Sept 15.

The forex risk reserve ratio is a policy tool aimed at preparing for risks that may arise in the future. The forex reserve requirement ratio sets the bar on how much of the banks' forex deposits should be maintained with the PBOC. A lower forex RRR would mean banks will have more forex at their disposal.

A stronger US dollar amid the US Federal Reserve's continued tightening of its monetary policy to curb runaway inflation is the major cause for the renminbi's latest fluctuation, said Wen Bin, chief economist of China Minsheng Bank.

Since mid-August, the Chinese currency has depreciated 5.7 percent against the greenback. But the British pound sterling touched a 37-year-low on Friday and the euro kept parity with the greenback for over two months. The renminbi's exchange rate has remained largely stable compared to the two leading currencies, said Wen.

Chang Ran, a senior researcher with the Zhixin Investment Research Institute, said the Chinese regulators have a rich reserve of management tools to keep the renminbi's exchange rate stable. These include offshore notes and prudential adjustment parameters for companies' cross-border financing.

Analysts from Shenwan Hongyuan Securities wrote to their clients the USD/CNY will return to the range of 6.7 to 6.8 by the end of this year amid resilient exports and stronger economic recovery momentum.

But PBOC Deputy Governor Liu Guoqiang had suggested in an earlier news briefing that investors should keep a rational attitude toward the ups and downs of the renminbi exchange rate at a time of aggravated global market volatility and refrain from betting on "one-sided" trends in the currency market.