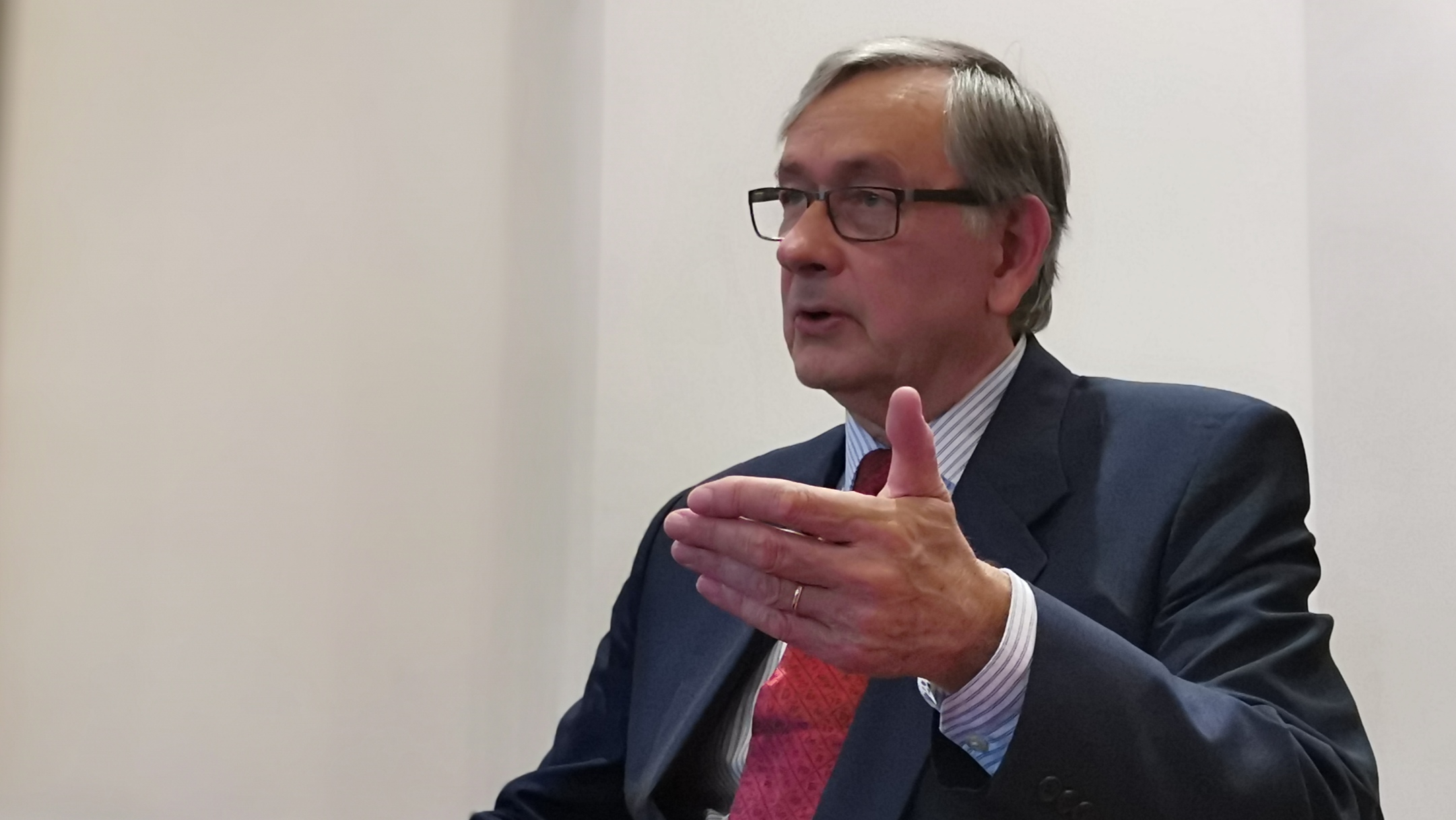 The thundering trade war between China and the U.S. shows no sign of cooling down. The latest round of escalation came when the United States threatened to slap 10 percent tariff on an additional 300 billion U.S. dollars of Chinese goods and China responded by suspending new imports of American agricultural goods.

China and the U.S. are still far from reaching a consensus, but the consensus of the world at large is: the trade war is wreaking havoc the global economy.

"The global development has already started to slow down. Slowing down in parts of Europe has already been felt, including in Germany,” said former President of Slovenia Danilo Türk. "All of that is not a very good promise for the future. So we in Europe would very much like this policy of tariffs currently pursued by the United States to be reversed,” Türk said in a CGTN interview.

China is far from being the only target of U.S. President Donald Trump. Trump has or threatens to slap tariffs on other countries as well, in favor of American industries.

"The tariffs as a way of regulating international trade is a blunt and old fashioned instrument,” Türk criticized, adding that "There are many more sophisticated ways of promoting trade and creating an appropriate balance in global trade."

Studies show that tariff might boost United States' industry in short term, but will hurt consumers, which offset its benefit. The United States imposed tariffs on Chinese tires during the Obama Administration. Research by the Peterson Institute shows that tariff created about 1,200 jobs for American tire industry. That's pretty much the maximum number of jobs the tariffs could have created, the study shows. But the Peterson Institute research found out that those jobs cost about 1.1 billion U.S. dollars, all borne by American consumers, who had to pay higher prices for tires.

Türk stressed that the landscape of global trade has changed.

Now the time has come for trade in services, in investment measures, and in intellectual property, which are areas that will allow international trade to become more sophisticated, said Türk. "Now President Donald Trump's measures have put this progress at risk,” he added.

"Trade war is very bad for global growth, for individual economies, for the international system of trade, and eventually for the United States,” Türk warned.