BUSINESS Fortune 500 companies among those signing up for import expo

Fortune 500 companies among those signing up for import expo 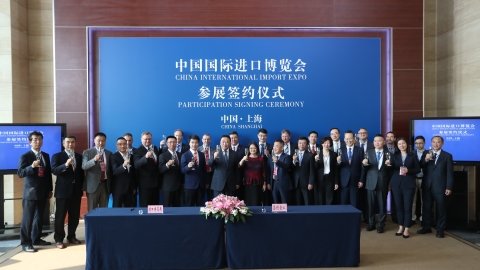 Sun Chenghai, deputy director of the China International Import Expo Bureau and chairman of the National Exhibition and Convention Center (Shanghai), inked the deals on behalf of the expo organizer.

Up until now the first CIIE has seen nearly 1,100 companies from 101 countries signing agreements to attend the exhibition, with a total area exceeding 180,000 square meters. Among those, about 400 enterprises newly signed in April, covering an area of 50,000 square meters, said Zhong Xiaomin, deputy director of the bureau.

Gao Feng, spokesman of the Ministry of Commerce, said at a press conference on Thursday that by April 25, 61 countries had officially confirmed they will attend. 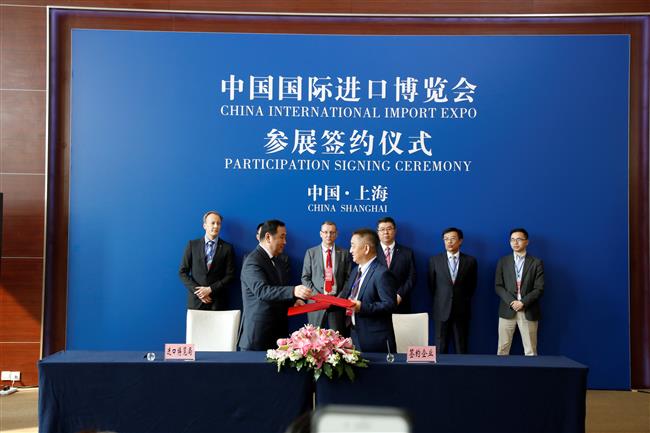 "We think the import expo is a good opportunity to show more of our products to Chinese consumers, and we have formed a cross-department group to prepare for our exhibition," said Zeng Xiwen, vice president of Unilever North Asia.

These purchasers were chosen and invited in line with their corporate information and situations such as the industry they are in, their main business and the companies they intended to build connections with, according to the China International Import Expo Bureau.

"The import expo is making efforts to establish a professional services system for outbound exhibitors," the bureau said. "Accurate matchmaking for exhibitors and purchasers is a practical way of providing superb services for them."