Comcast and 21st Century Fox will settle their battle for control of broadcaster Sky through a rare auction designed to put an end to months of offers and counteroffers from the American media empires seeking a foothold in the European pay TV market. 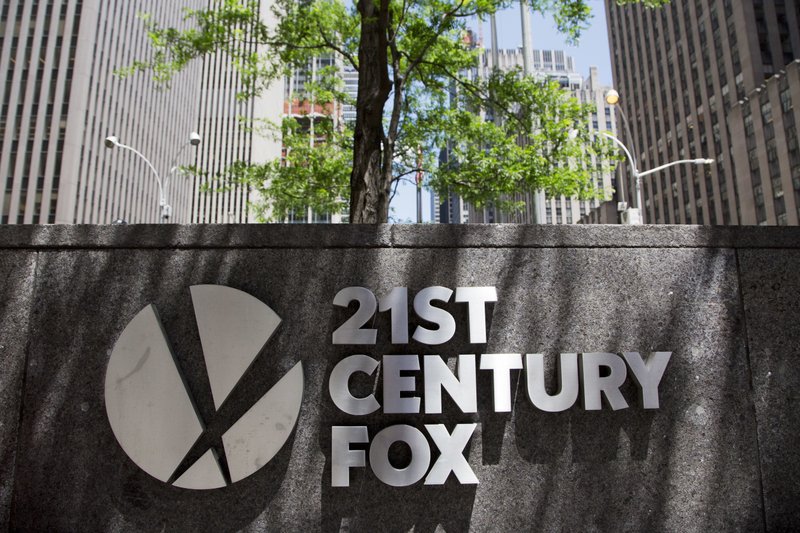 June 14, 2018, the 21st Century Fox logo is shown outside its New York office. British regulators say that the corporate battle between 21st Century Fox and Comcast to take over broadcaster Sky will be settled by auction, commencing at 5 p.m. on Sept. 21 and ending on the evening of Sept. 22, 2018. (File photos: AP)

The auction will begin after the London stock market’s close on Friday and end sometime Saturday evening following a maximum of three rounds of bidding, said Britain’s regulator, the Takeover Panel.

Fox has long been trying to acquire the 61 percent of Sky it doesn’t already own. A bidding war emerged last December, when Comcast made an offer for Fox’s entertainment assets, which Disney is in the process of buying for about $71 billion. Comcast eventually dropped out of that contest to focus on its acquisition of Sky.

The regulator said it called the auction “to provide an orderly framework for the resolution of this competitive situation.”

Fox, as the current low bidder, will have the right to make a new offer during the first round of the auction, and Comcast will have the opportunity to counter it during the second round. Both parties will have the chance to make increased offers simultaneously during the third and final round. All bids must be in cash.

While it will still be up to Sky shareholders to take whichever offer they like best, much of the groundwork for such a decision has already been laid. Simply putting the bids clearly on the table will fill in the last blank, so that Sky is not endlessly in play.

It will also mean that the core value of the combined company won’t be eroded in a bidding war, inflicting a “winner’s curse” on the buyer.

“The fact the parties agreed to an auction is super significant,” said Alice Enders, an analyst who has followed the deal closely. “Neither of the parties have the appetite for that kind of (bidding war.)”

The panel will make an announcement with the results of the auction “as soon as practicable” — a dramatic finish to one of the most tense takeover sagas in recent memory in Britain. The auction rounds themselves will not be on

Sky is a unique asset. It operates in Austria, Germany, Ireland and Italy as well as the U.K. It has 22.5 million customers, attracted by offerings such as English Premier League soccer and “Game of Thrones.”

For Comcast, Sky offers a chance for growth — a company with proven quality in sports and entertainment together with the technology to deliver it.

Fox, meanwhile, has long sought to take full control of Sky. Rupert Murdoch’s last bid foundered amid a 2011 phone-hacking scandal, in which journalists working for Murdoch newspapers were accused of gaining illegal access to the voicemail messages of crime victims, celebrities and members of the royal family.

News Corp., which is controlled by the Murdochs, withdrew its bid for Sky soon after.

The last time such an auction took place was in 2007, when Tata beat out CSN to buy Britain’s Corus, creating what at the time was one of the world’s top five steelmakers.

“Comcast and Disney have been playing a game of thrones in the media sector,” said Laith Khalaf, a senior analyst at Hargreaves Lansdown. “And the season finale will now take place this weekend.”

Cover file photo: July 25, 2014, a view of the headquarters of the Italian Sky television broadcaster in Milan, Italy. British regulators say that the corporate battle between 21st Century Fox and Comcast to take over broadcaster Sky will be settled by auction, commencing at 5 p.m. on Sept. 21 and ending on the evening of Sept. 22, 2018.