Twenty-First Century Fox Inc’s (FOXA.O) board is set to decide on Wednesday whether to entertain Comcast Corp’s (CMCSA.O) $65 billion cash bid for the New York-based media company or stick with its roughly $52 billion all-stock offer from Walt Disney Co (DIS.N), people familiar with the matter said. 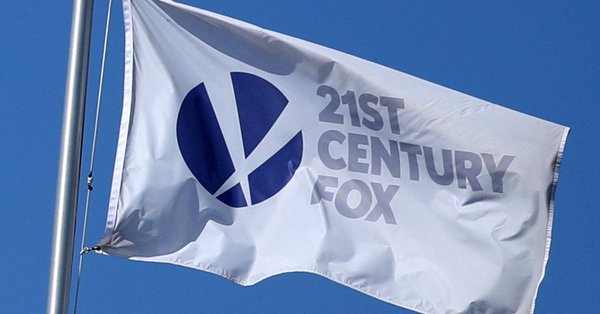 Disney and Comcast are battling to win Fox’s movie and television studios at a time when legacy media and distribution companies are looking to expand to better compete with younger media firms like Netflix Inc (NFLX.O) that sell their content directly to viewers. Fox’s international assets such as Star India appeal to both Disney and Comcast, which want to expand their global presence.

While Fox’s board has yet to make a decision, analysts and industry dealmakers widely expect Fox to say that Comcast’s bid could potentially lead to a better deal for its shareholders. If it does, Fox would then be allowed to negotiate with Comcast and take a closer look at its offer. This would be the time for Fox to learn more about Comcast’s commitments when it comes to regulatory approval, for example.

Once Fox engages in talks with Comcast, it will then have to determine if the offer is definitively a superior deal for Fox shareholders, compared with its agreement with Disney. This will be the first step that could lead to a bidding war as Disney will then have five business days to put a revised offer on the table, according to its merger agreement.

Disney could sweeten its all-stock bid with cash, given its strong balance sheet and the potential boost to earnings per share, according to the people familiar with the matter.

“Because of the liabilities of the board I don’t think they can outright say no to Comcast’s offer. You at least need to do some kind of review process,” he said.

In its review, Fox will need to decide whether Comcast’s richer, all-cash offer is enough to offset the antitrust risk and potentially higher tax liabilities for some of its shareholders, analysts said.

A US court’s recent approval of AT&T Inc’s (T.N) merger with Time Warner Inc TWX.N raised the likelihood that Comcast’s similar proposed deal with Fox would get the green light from regulators, they said.

However, there are still concerns that some aspects of the proposed deal could complicate an antitrust review, they added.

Craig Moffett, an analyst at Moffett Nathanson, said that the Justice Department never addressed the question of whether internet providers such as Comcast could give an advantage to its own content at the expense of competitors.

For example, Comcast could give its internet subscribers easier or faster access to content from Hulu, which it would gain control over by buying Fox, than that of other media streaming services, the analysts said.

If an all-cash bid does eventually beat a stock offer, it could have a bigger tax hit on Rupert Murdoch, Fox’s largest shareholder, who controls 17 percent of the company’s voting shares along with his family.

Reuters previously reported before the details of Comcast’s offer were made public that the financial impact on Murdoch would be big enough for him to prefer an all-stock transaction, which would be nontaxable for all Fox shareholders.

That potentially puts Murdoch, who remains the most powerful voice inside the company, at odds with some Fox shareholders who would be open to abandoning the Disney deal if Comcast’s cash offer was high enough.