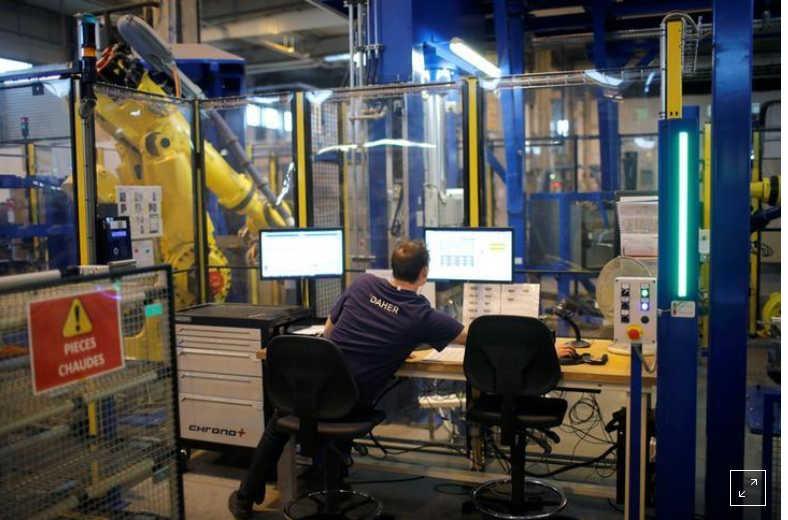 French aerospace supplier Daher is targeting earning a third of its revenues in the Americas within five years, buoyed by its first contract with Boeing, its managing director told Reuters in an interview.

Didier Kayat said the family-owned firm, which makes the landing gear hatches for Airbus’ A350, projects sales of 1.5 billion euros ($1.9 billion) in 2022 compared with 1.1 billion in 2017, of which 500 million would come from the United States, Canada, Mexico and Brazil.

Currently, 17 to 18 percent of Daher’s revenues comes from the Americas.

Daher’s rivals in its area includes the likes of GKN, Spirit Aerosystems and Stelia, but Kayat felt his company was too centered on Europe at present.

“We are a bit too European, and for us to get 40 percent of our market ... we need to be Americans, so that in five years’ time, Daher will be as well-known in the United States as it is in Europe,” Kayat said on Wednesday.

Daher announced a contract to provide various parts for Boeing 787 planes on Wednesday.

Kayat said the company had ample capacity to take on debt for its development.

He did not rule out either selling a stake -- France’s state-run investment bank Bpifrance already owns 12.5 percent -- or an eventual initial public offering (IPO), although he expressed wariness about going public.

“But this (IPO) isn’t very smart in aeronautics because there’s an incompatibility between publishing quarterly results and 20-year strategy plans,” he said.