French President Emmanuel Macron said on Friday it was possible to make progress on trade issues that have split the United States and its allies after meeting with US President Donald Trump. 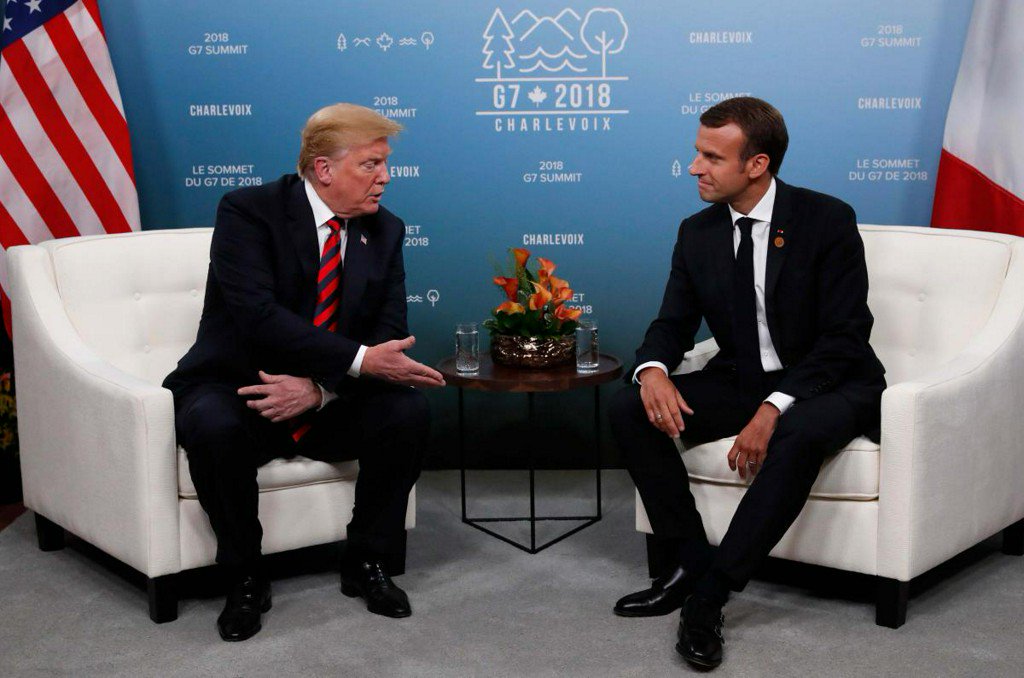 US President Donald Trump meets with France's President Emmanuel Macron in a bilateral meeting at the G7 Summit in in Charlevoix, Quebec, Canada, June 8, 2018. (Photo: Reuters)

Following an exchange of terse messages before the summit, the two leaders struck a conciliatory tone with Trump saying that the relationship was special, but that sometimes tests occur when it comes to trade. Trump also said Macron has been helping to work on trade.