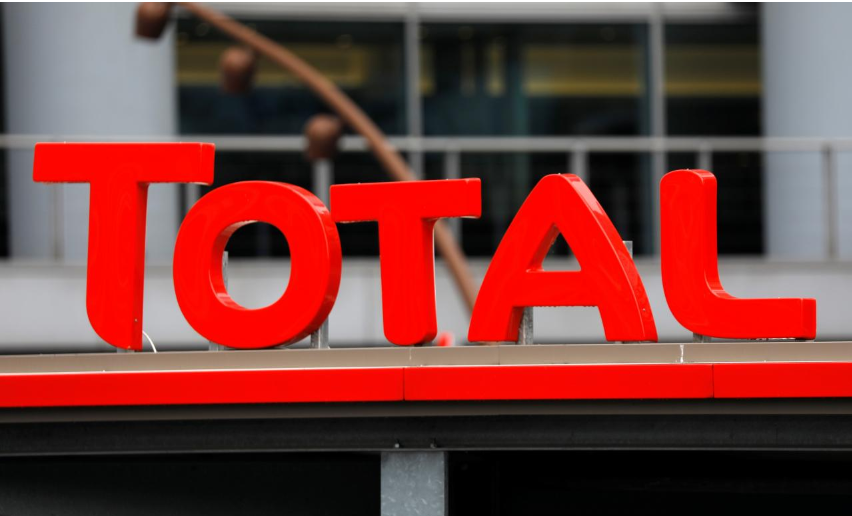 The logo of French oil giant Total is seen at a gas station in La Defense business and financial district in Courbevoie, near Paris, France, May 14, 2018 (Photo: Reuters)

Total will pull out of a multibillion-dollar gas project in Iran if it cannot secure a waiver from US sanctions, the French energy company said on Wednesday.

Companies are starting to take matters into their own hands as European and some other governments struggle to save an international nuclear deal with Iran after the United States withdrew and said it would reinstate sanctions on Tehran.

Determined to keep the accord alive, European leaders need to find a way to assure companies that their investments are beyond Washington’s extra-territorial reach.

They also want to persuade Tehran the 2015 deal - which lifted earlier sanctions on the Islamic Republic in exchange for it curbing its nuclear ambitions - is worth sticking to.

Total signed a contract in 2017 to develop phase 11 of Iran’s South Pars field with an initial investment of $1 billion - a contract Tehran repeatedly hailed as a symbol of the accord’s success.

“Total will not continue the SP11 (South Pars 11) project and will have to unwind all related operations before 4 November 2018, unless Total is granted a specific project waiver by US authorities with the support of the French and European authorities,” the French oil and gas major said in a statement.

Total’s announcement comes after German insurer Allianz and Danish oil product tanker operator Maersk Tankers said they were winding down their businesses in Iran. Joe Kaeser, the CEO of Germany’s Siemens, told CNN his company would not be able to do any new business with Tehran.

Iran has said it may start enriching uranium again if it can no longer see any economic benefit to the deal.

Total said any waiver would need to include protection from secondary sanctions that Washington might impose on companies that continue to do business with Iran.

These might include the loss of financing in dollars by US banks, the loss of US shareholders and the inability to continue its US operations, it said.

France, Germany and Britain are leading a European effort to safeguard Europe’s economic interests but have few options that pose any threat to the United States.

“It would be suicide to do any new business or funding for Iran or Iran-related companies without explicit guarantees from the US government. They have us by the throat because so much business is conducted and cleared in dollars,” one European investment banker said.

“The fines are in the multibillions these days so it’s just not worth the risk for a small piece of business and maybe pleasing a (European) government.”

An official in the French finance ministry said “precise requests” were being lodged with the US authorities, including for Total, and that the company’s decision was not a surprise.

A European diplomat was more blunt: “We have a situation where there is a will to impose sanctions on Europeans and a resentment towards European companies who are now being accused of supporting a terrorist state. With that in mind it’s a logical decision.”

Total said it had so far spent less than 40 million euros ($47 million) on the project and withdrawing would not impact the company’s production growth targets.

Iranian oil minister Bijan Zanganeh said the French firm would not pay a penalty if it pulled out of the project.

Italy’s Eni, which last June signed a provisional agreement with Tehran to conduct oil and gas feasibility studies, said after Washington’s decision to quit the nuclear deal last week that it had no plans for new projects in Iran.

In an unintended twist, US President Donald Trump’s decision to threaten European companies that continue to invest in Iran may open the door to Chinese rivals.

Industry sources told Reuters this week that China’s CNPC, which holds a 30 percent stake in the South Pars project, was ready to take over Total’s majority stake in the project if it pulled out.