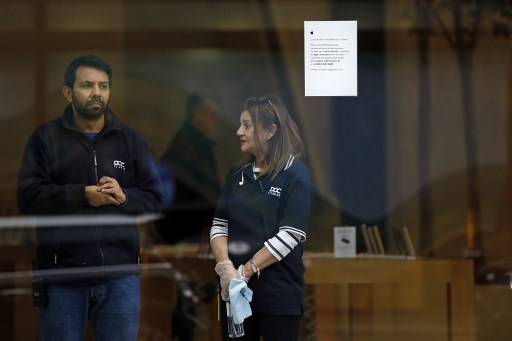 Two cleaners are seen inside the Apple Store in Regents Street in central London on March 15, 2020, as a notice on the window explains the reasons for the shop's temporary closure. (Photo: AFP)

The authority said it found that Apple acted to prevent independent retailers in France from competing on price and abused its economic power over them.