BUSINESS France, US agree to extend talks over digital tax

France, US agree to extend talks over digital tax 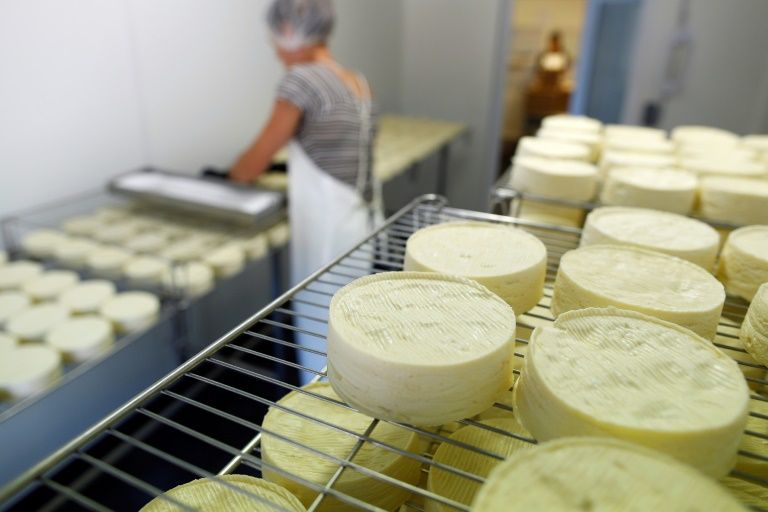 The US has threatened to impose ruinous duties on French imports of such emblematic goods as Champagne and Camembert cheese in the dispute over taxing tech giants. (File photo: AFP)

Presidents Emmanuel Macron and Donald Trump have agreed to extend negotiations on a dispute over a French tax on digital giants to the end of the year, postponing Washington's threat of sanctions against Paris, French officials said Tuesday.

French Finance Minister Bruno Le Maire, speaking before a Brussels meeting with EU counterparts, said: "Macron and Trump had a very constructive discussion... and they agreed to avoid all escalation between the US and France on this digital tax issue."

A French diplomatic source said the French and US leaders, who spoke by telephone on Sunday, agreed to give negotiations a chance to "find a solution in an international framework" and avoid "a trade war that will benefit no one".

Macron tweeted Monday that he had had a "great discussion" with Trump on the issue. "We will work together on a good agreement to avoid tariff escalation," he said.

The White House said the two men spoke and "agreed it is important to complete successful negotiations on the digital services tax, and they also discussed other bilateral issues."

The dispute began last year when Paris approved a levy of up to three percent on revenues earned by technology companies in France, as international efforts dragged on to find a new model for taxing revenues earned via online sales and advertising.

Tech companies often pay little tax in countries in which they are not physically present.

Washington said the tax singled out US companies such as Google, Apple, Facebook, Amazon and Netflix. It threatened retaliatory duties of up to 100 percent of the value of French imports of such emblematic goods as Champagne and Camembert cheese.

The European Union had said it would back France if such tariffs were levied, raising the prospect of a transatlantic trade war.

On January 7, Paris and Washington had given themselves 15 days to reach a deal to avert the US threat of duties on up to $2.4 billion of French goods.

Le Maire, who has been conducting intensive negotiations for the last several weeks, had been scheduled to hold crunch talks on the issue with US counterpart Steven Mnuchin at the World Economic Forum in Davos on Wednesday.

After confirming the reprieve, Le Maire told journalists in Brussels that he spoke with Mnuchin by telephone on Sunday and "our technical teams are in contact day and night to work on a solution".

He stressed that "this remains a difficult negotiation.... A certain number of details need to be worked out, but I believe we're going in the right direction."

Le Maire declined, however, to say whether France would suspend its digital tax. "I am not going to get into the details of the negotiation. I prefer that that remains between Mnuchin and myself," he said.

Nevertheless, according to concurring sources, France is willing to suspend the tax "to provide some time" to find a solution under the auspices of the Organisation for Economic Co-operation and Development.

While the principle of the tax itself was not in question, the collection of payments scheduled for April and November was being suspended "to provide time for negotiations within the framework of the OECD," according to one source.

Another source said that France would suspend collection of the payment scheduled for April, "with the balance to be paid in November by the companies concerned".

"We welcome the reported French suspension of their digital tax & the renewed focus on achieving global tax reform," CCIA Europe wrote in a tweet.

The French presidency said on Monday that "France is pursuing its objective of fair taxation on digital companies and finding a compromise within the framework of the OECD."

France has said it would drop its tax if an international agreement is reached under the auspices of OECD.

After blocking the OECD talks for several years, Washington relaunched them last year only to make proposals in December which France rejected.

In an interview with the Wall Street Journal on the sidelines of Davos, Mnuchin said that the truce with France was "the beginning of a solution."

But Mnuchin said he hoped the two countries would reconsider.

"If not, they'll find themselves faced with President Trump's tariffs. We'll be having similar conversations with them," he told the WSJ.