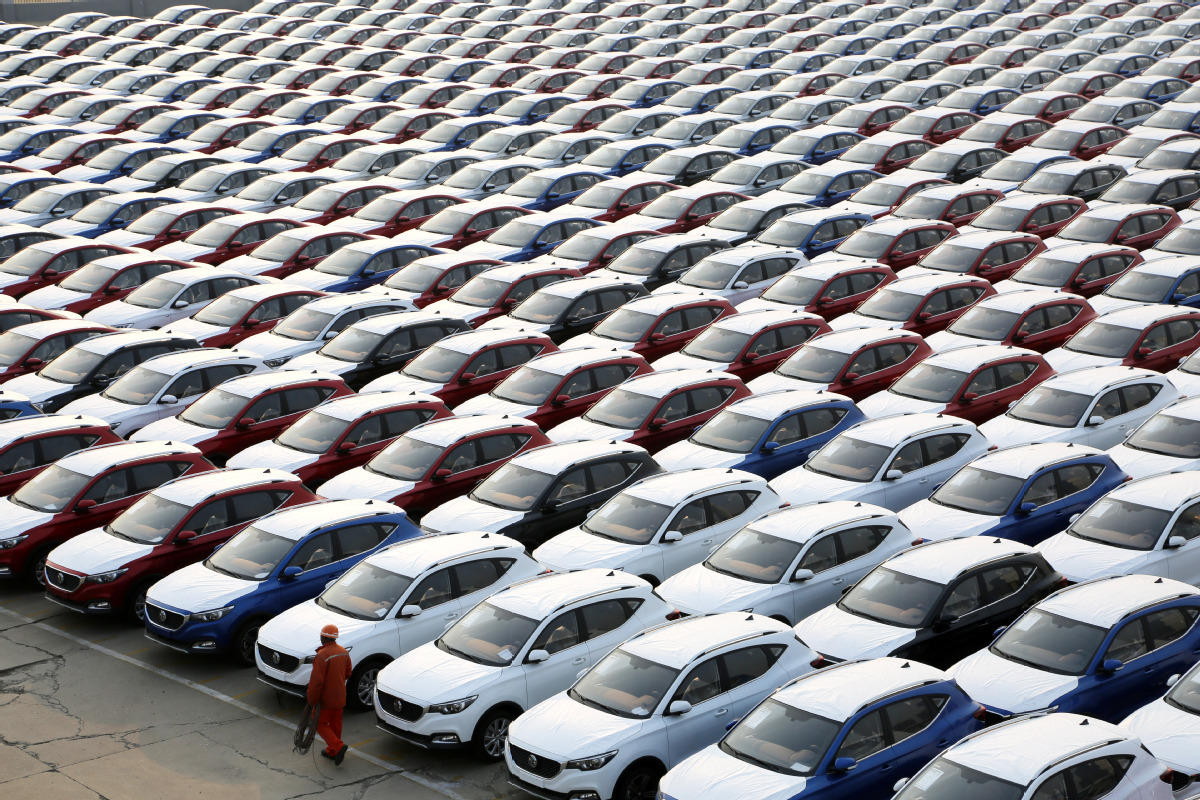 Ever since China and 14 other countries signed the Regional Comprehensive Economic Partnership agreement on Nov 15 in Hanoi, Vietnam, Xiao Maochang, chairman of Shandong province-based textile products maker Sunvim Group, could not stop wondering which Southeast Asian markets are yet to be served by the company.

All the 10 member countries of the Association of Southeast Asian Nations, or ASEAN, are RCEP signatories. So are Japan, South Korea, Australia and New Zealand. Experts have called the RCEP "a victory of multilateralism and free trade" as the 15 nations collectively account for nearly a third of the world's GDP.

For Sunvim, which employs more than 15,000 employees, the going got tough in the first quarter of this year due to the impact of COVID-19. Things turned around from April onward as many overseas textile firms either suspended production or shut their factories to avoid health risks.

Since the situation improved in China and production resumed at factories, Sunvim, which is the official towel supplier for the delayed Tokyo 2020 Olympics, alone was able to export 53 percent of China's total towel products to Japan in the first three quarters of this year.

It paid 7.4 percent tariff (tax on imported goods) to Japanese customs. But Sunvim's competitors in Vietnam enjoyed zero tariff in Japan, thanks to their bilateral free trade agreement.

This meant Sunvim had to slash prices to match its competitors', which squeezed its profit, said Xiao.

This disadvantage will become history once RCEP results in zero tariffs in the coming decade. What's more, last month, China and Japan reached a separate bilateral tariff cut arrangement, marking a historic breakthrough in efforts to promote a high level of trade liberalization in the region.

Once the gradual implementation of the RCEP and follow-up policies start to generate expected dividends, Chinese textile and garment manufacturers will likely see robust growth over the next decade, said Chen Dapeng, vice-president of Beijing-based China National Textile and Apparel Council.

Backed by China's new round of reform and opening-up, the fresh momentum generated by the RCEP will not only reinforce industrial and supply chains, boost cross-border investment, enhance the ability of all parties to fight the COVID-19 pandemic and promote the economic recovery but also put China's foreign trade growth on a firmer footing in 2021, said Wei Jianguo, vice-chairman of the China Center for International Economic Exchanges.

He said China's closer business ties with the ASEAN and the signing of the RCEP will also provide a clear path and a strong impetus for the development of the Free Trade Area of the Asia-Pacific, or FTAAP.

China and its partners' efforts to support free trade and the multilateral trading system will send a strong signal against unilateralism and protectionism, and have a positive effect on the global economy, said Ke Liangdong, vice-chairman of the Beijing-headquartered China Council for the Promotion of International Trade.

He said the country's foreign trade is expected to steadily grow next year on the back of several factors: a notable improvement in the industrial, supply and service chains; the booming China-Europe freight train services; the reform of State-owned enterprises; and major trade events such as the China International Import Expo and the Canton Fair. 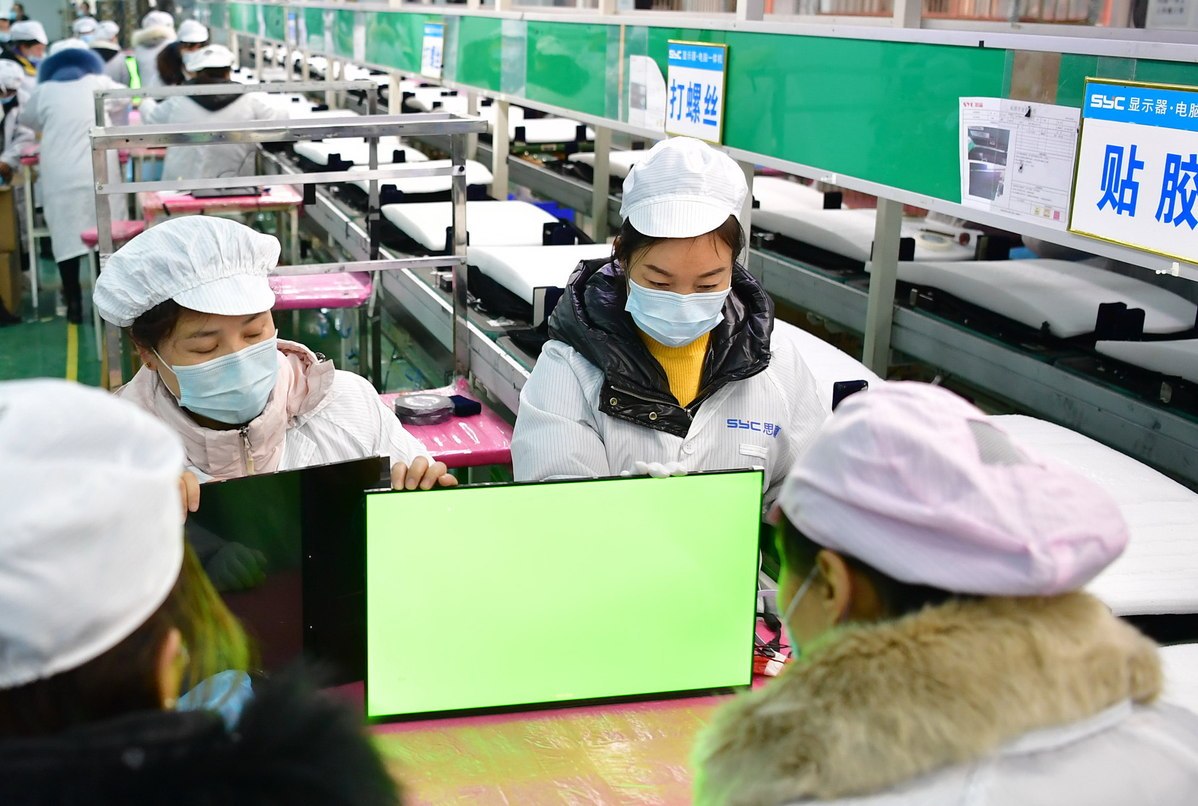 Workers of a company in the Xi'an International Trade and Logistics Park's comprehensive bonded zone inspect display monitors to be exported via the China-Europe freight train services. China's foreign trade is expected to steadily grow next year. SHAO RUI/XINHUA

Despite potential headwinds from the worsening of the pandemic across the globe during the fourth quarter of this year and declining goods demand, the basic advantages and growth conditions of China's foreign trade, like the industrial cluster effect, labor quality and well-developed logistics networks, have not changed, said Gu Xueming, president of Beijing-based Chinese Academy of International Trade and Economic Cooperation.

He stressed that China was able to quickly adopt a series of policy measures to stabilize foreign trade across the country earlier this year, focusing on key links and overcoming deficiencies.

Thanks to its early recovery from the contagion and the government's supportive policies, China's foreign trade sustained its upward momentum in November with impressive growth and improved structure, according to the latest trade figures released by the General Administration of Customs.

Although international travel still remains a headache for many of their foreign clients, exporters at Yiwu International Trade Market in East China's Zhejiang province, reported that the sales through e-commerce channels have surged in the second half of this year. A large number of foreign buyers chose a shipping container as a basic purchasing unit, which is much bigger than small units of purchase in the past.

"Owing to the pandemic, many foreign consumers have chosen to work from home. They have more time to carry out do-it-yourself, or DIY, activities, including furniture assembly, gardening, vehicle maintenance and repair. Orders for products in these categories have notably grown on our e-commerce channels over the past several months," said Zhou Xianglan, deputy general manager at Yiwu Yitijian E-commerce Co Ltd.

She said among the FAQs posed on Yitijian's sales platforms are: "Do you have these ... products?" and "How many do you have in stock?"

The firm found that overseas clients no longer bargain hard, but prefer to use that time to sort out other urgent business matters like demand and supply issues, growing ocean shipping costs, and the availability of ocean shipping containers.