French economic growth fell to 1.2 percent in 2019, lower than expected, as activity shrank in the last quarter amid crippling strikes over the government's pension reforms, official figures showed Friday. 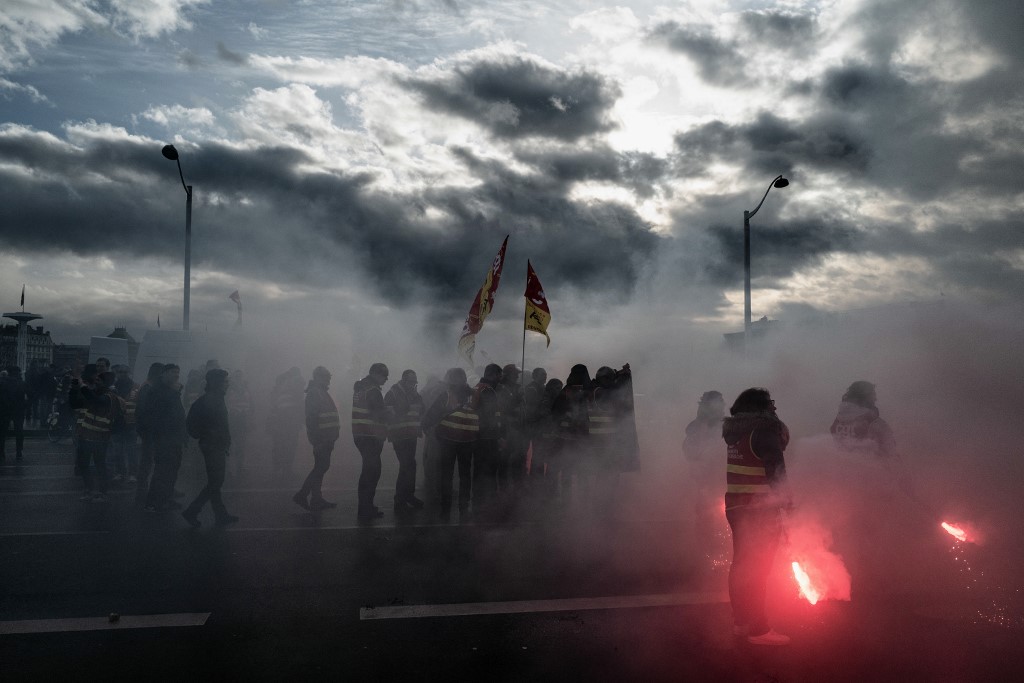 Protesters light flares during a demonstration called by several representative workers unions on January 29, 2020 in Lyon, against French government pension reform plans that have raised many protests and multi-sector strikes since early December 2019. (Photo: AFP)

The official INSEE statistics office had expected growth of 1.3 percent for the year.

But in the last three months of 2019, GDP slipped back 0.1 percent, hit by a fall in production, a slowdown in consumer spending and business investment.

It was the first quarterly drop in France since the second three months period of 2016.

Unions launched a crippling transport strike last month hoping to force President Emmanuel Macron to back down on his hotly contested pension overhaul.