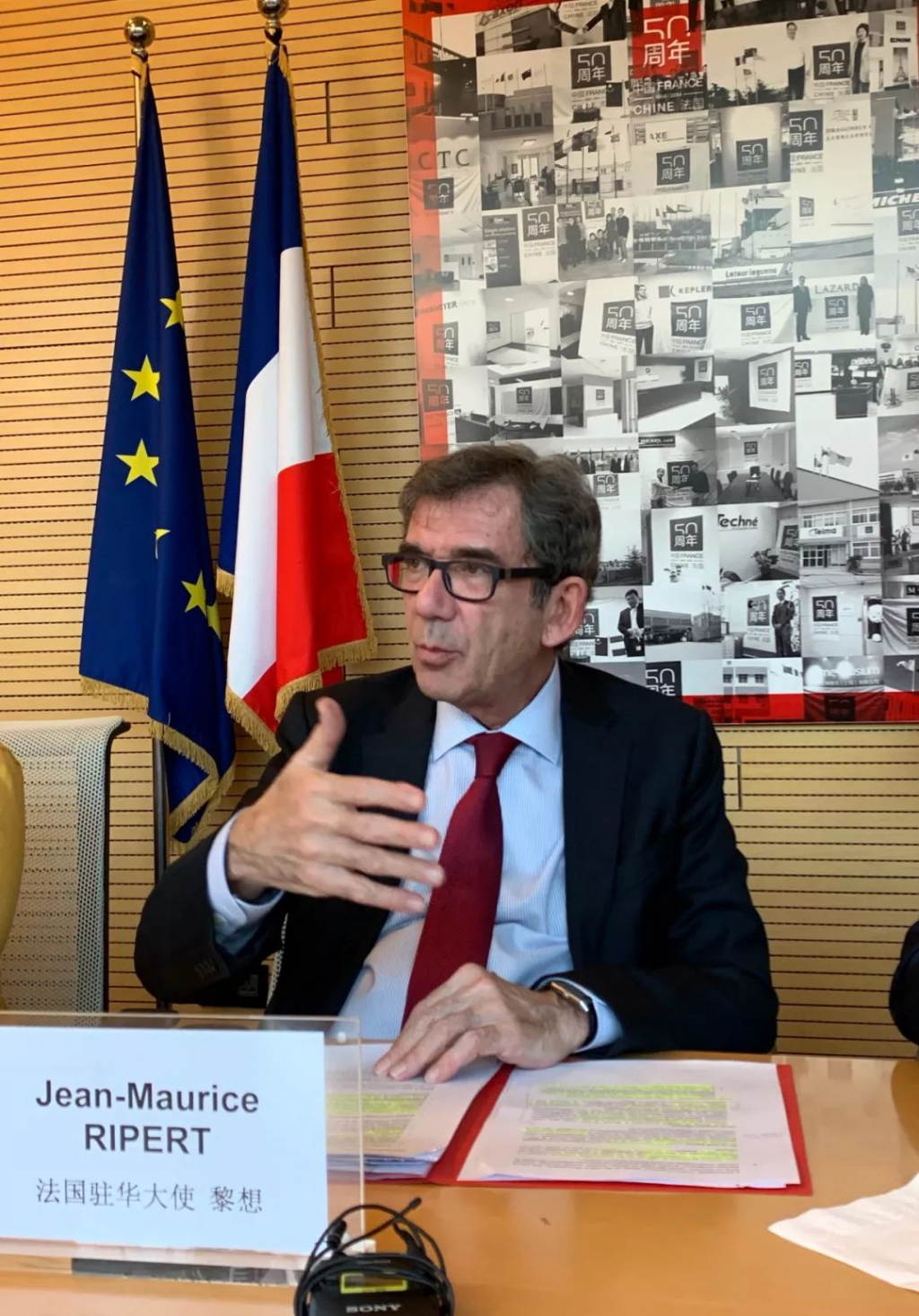 2019 marks the 55th anniversary of the establishment of diplomatic relations between China and France. France is willing to take the opportunity of celebrating the establishment of diplomatic ties between the two countries to deepen cooperation in the fields of economy, trade and people-to-people exchanges, the French Ambassador to China Jean-Maurice Ripert said in an interview with media in Beijing on Tuesday. In response to a number of countries banning technology companies including Huawei from local 5G construction, the ambassador said France welcomes investment from any foreign company.

The French ambassador to China said the exchanges between France and China are open, friendly and candid. The two sides will further strengthen strategic cooperation in traditional areas, such as nuclear energy, aerospace, agriculture and food, and further explore cooperation in emerging areas, such as innovative technology and space exploration. He also congratulated China on its successful launch of the Chang 'e-4 lunar probe and its achievements in space exploration.He said, France will be the only country to be both a member of the EU and a permanent member of the Security Council after Brexit. He believes that China-France relations will play a more important role in counter-terrorism, sustainable development, climate change, strengthening political mutual trust, opposing unilateralism and upholding multilateralism in the future.