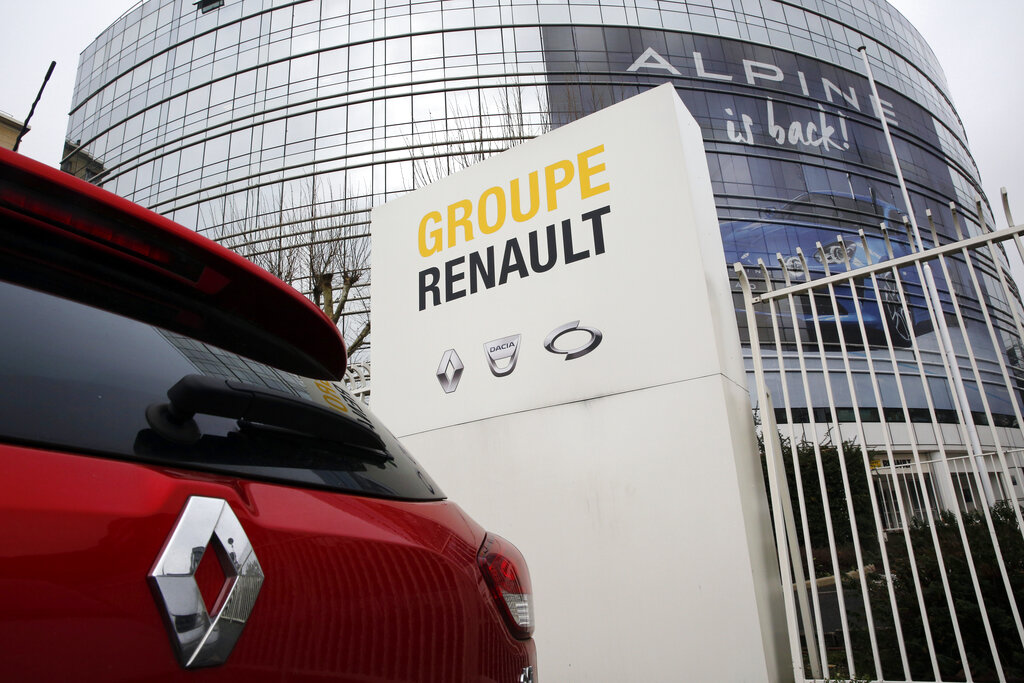 This photo taken on Thursday, Jan. 24, 2019 show a Ranult car parking outside the French carmaker headquarters in Boulogne-Billancourt, outside Paris, France. (Photo: AP)

Bruno Le Maire said Wednesday on BFM television that the government is keeping up pressure on both carmakers to accept French government conditions for the proposed tie-up. The French state is Renault's biggest single shareholder, with a 15% stake.

Le Maire said the government wants a seat on the merged company's board and a joint headquarters in France. "Let's take the time to do things well," he said. "We want this merger, but we don't want it under just any conditions."

Renault's board is meeting late Wednesday to discuss Fiat Chrysler's merger offer. It would create the world's No. 3 auto company and reshape the industry as carmakers race to make electric and autonomous vehicles for the masses.