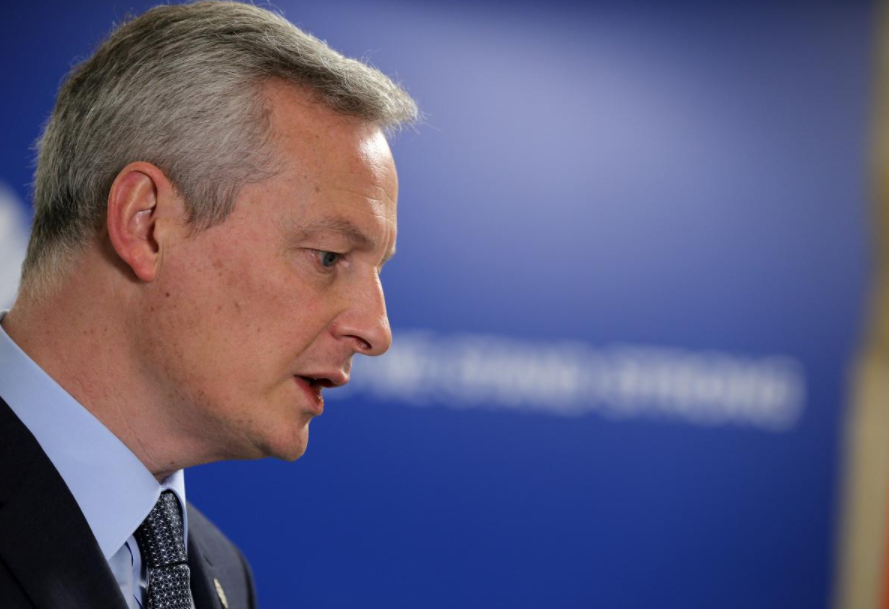 The French finance minister on Sunday raised the pressure on Air France managers and unions to resolve a stand-off over wages, saying the government would not ride to the carrier’s rescue as it grapples with worker strikes and a leadership vacuum.

The dispute at Air France-KLM’s French arm intensified on Friday when staff rejected a pay deal, prompting the group’s chief executive to resign and raising questions over the airline’s capacity to cut costs and reform.

Finance Minister Bruno Le Maire urged the company and workers to resume talks, delivering a blunt assessment of the airline’s future as he warned the state’s 14 percent Air France-KLM stake was no guarantee it would pick up the pieces.

“If Air France does not make efforts to become more competitive, allowing this flagship to be at the same level at Lufthansa and other airline companies, Air France will disappear,” Le Maire told BFM television.

“We’re minority shareholders ... those that think that whatever happens the state will come to Air France’s rescue and soak up Air France’s losses are mistaken,” Le Maire said.

Air France-KLM CEO Jean-Marc Janaillac, who will stay on until May 15, had been battling to cut costs to keep up with competition from Gulf carriers and low-cost airlines.

Rivals like British Airways and Lufthansa have already gone through painful restructurings to cope.

Air France-KLM, which reported widening losses in the first quarter even as profits at Dutch carrier KLM improved, has reined in growth expectations for 2018 after walkouts at the French airline.

Strikes have already cost the company 300 million euros ($359 million) and stoppages by pilots, ground staff and other workers are due to resume on May 7 and May 8. Close to 85 percent of flights are likely to run on Monday, the carrier said.

Air France-KLM’s board is set to announce an “interim governance solution” on May 15 following Janaillac’s departure. The company declined to comment further on what format that would take or how long the transition would last.

Until new management plans are in place, Air France executives lack a mandate to continue negotiations with unions, prolonging the dispute.

Some worker representatives hit back at Le Maire on Sunday, after he called their demands unjustified.

Unions had been calling for a salary hike of 5.1 percent in 2018 alone, and staff rejected a management pay deal offering 7 percent wage increase over four years.

“Our demands are far from astronomical,” Yannick Floc’h, vice-president of the SNPL pilots union, told BFM TV later in the day, adding there was room to find middle ground between the two sides. “I think we can find a way out.”

Others, including the more moderate CFDT union, which had urged Air France to back management’s pay proposal, warned that “dialogue was blocked” and said the SNPL was too inflexible.

The Air France turmoil has coincided with other strike action as rail workers press on with rolling stoppages to protest President Emmanuel Macron’s planned overhaul of SNCF, the state-run train operator.

French travelers have faced transport misery since early April, and Le Maire said the drag on economic growth from the strikes stood at around 0.1 percentage points of output as tourism and the transport of raw materials took a hit.

Representatives from Air France unions are due to meet on Monday. French Prime Minister Edouard Philippe is also due to meet rail unions for talks over the SNCF stand-off.