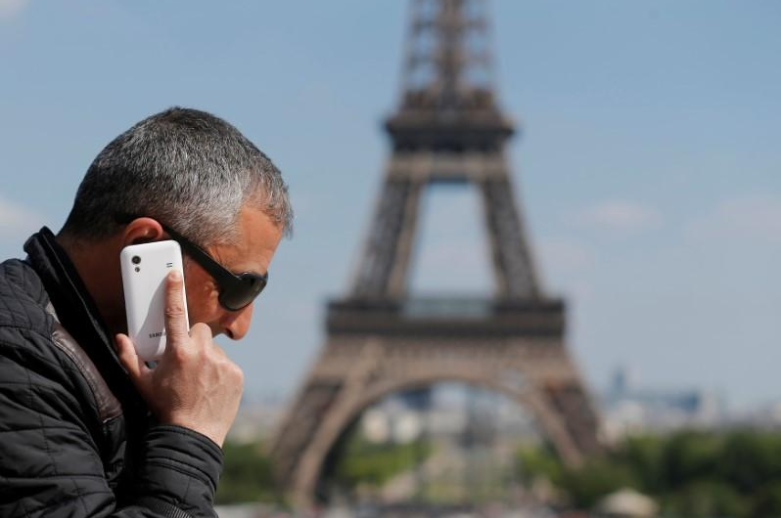 A man makes a phone call using his mobile phone at the Trocadero Square near the Eiffel Tower in Paris, May 16, 2014. REUTERS/Christian Hartmann/File Photo

France’s mobile telephone operators will spend more than 3 billion euros ($3.7 billion) rolling out a 4G network to ensure there are no coverage gaps by 2020, a government minister said.

Each of the major operators would install 5,000 masts and antennas and jointly ensure network coverage along 30,000 km (19,000 miles) of rail tracks, Julien Denormandie, junior minister for territorial cohesion, told the Journal du Dimanche.

Orange, formerly the state-owned monopoly France Telecom, SFR, Bouygues Telecom, and Iliad’s Free Mobile have all under-invested in France’s mobile network during the past 15 years, the minister said.

“I want to put an end to ‘The network’s bad, I’ll call you back’,” Denormandie told the weekly paper, published on Sunday.

Asked how much financing the state would contribute, the minister replied: “Not a single cent will come from the budget!”

Denormandie said that in return for the increased investment, the government would extend the telecoms companies’ spectrum licences instead of holding a new auction, effectively giving up future income.

Mobile users often complain that the French network can seem inferior to coverage in some African countries where telecom companies bypassed fixed lines and invested heavily in mobile.

As of July 2017, the 4G networks of SFR, Bouygues Telecom, Orange and Free Mobile covered 74 percent, 70 percent, 69 percent and 47 percent of the population respectively in low density zones, according to the telecoms regulator Arcep.

Denormandie said the three-year rollout plan would bring 4G coverage to more than 10,000 towns and villages currently served by either 2G or 3G networks.