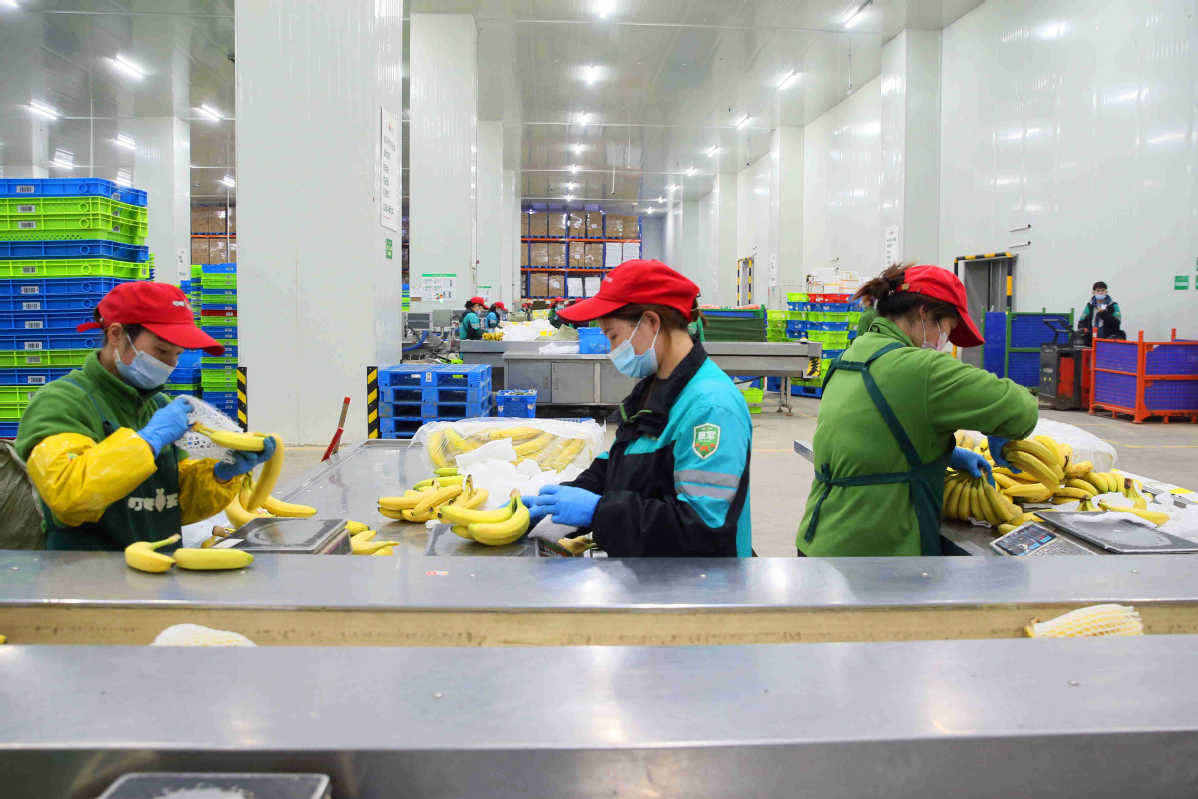 However, fresh produce retailers will take some time to achieve profitability. Their big-ticket investments in building warehouses, cold chain logistics, delivery networks and technological innovation are long-term in nature and hence returns on them will materialize later than sooner, they said.

The transaction volume of China's fresh food market is expected to increase from 5 trillion yuan ($785 billion) in 2020 to 6.8 trillion yuan in 2025, fueled by increases in per capita disposable income, according to iResearch.

According to Zheng, the company's gross merchandise value or sales revenue reached nearly 3 billion yuan in 2021, and it aims to open more than 70 brick-and-mortar stores by the end of this year.

"We have been continuously strengthening the supply chain construction by building two commodity centers in Beijing and Shenzhen and cooperating with local premium suppliers to offer tailor-made fresh produce to consumers," Zheng said, adding the company will continue to enrich product categories and establish its self-owned brands.

So far, Seven Fresh has opened 66 stores in 13 cities across the nation, including Beijing, Tianjin, Guangzhou and Shenzhen in Guangdong province, Chengdu in Sichuan province and Wuhan in Hubei province. Consumers can also order products via the Seven Fresh app to get their orders delivered in as quickly as 30 minutes from nearby stores that are within a radius of 3 kilometers.

Zheng said the main users of the app are mid and high-income families who live in first and second-tier cities, and have a monthly income of more than 30,000 yuan. The company will cooperate with top-tier property developers to expedite its offline layout in more cities, he said.

Freshippo, the online-to-offline retail chain of Alibaba Group, has sped up its pace of opening new membership stores nationwide since debuting the membership-only warehouse store in Shanghai in October 2020.

In January, the company opened three membership stores in Shanghai, as well as Suzhou and Nanjing in Jiangsu province, with each store spread over 16,000 to 20,000 sq m.

The different store formats can complement one another to serve a city's fast-moving and advanced consumption needs, said Hou Yi, president of Freshippo.

Analysts said the supply chain and quality control of fresh food are of great significance for e-commerce players that have tapped into the offline fresh food segment.

Wei Jianhui, an analyst with internet consultancy Analysys in Beijing, said fresh produce retailers should focus on improving the efficiency of supply chains and catering to the diversified needs of consumers, as well as ensuring the quality of their products.