From European dream to global giant: Airbus marks half century 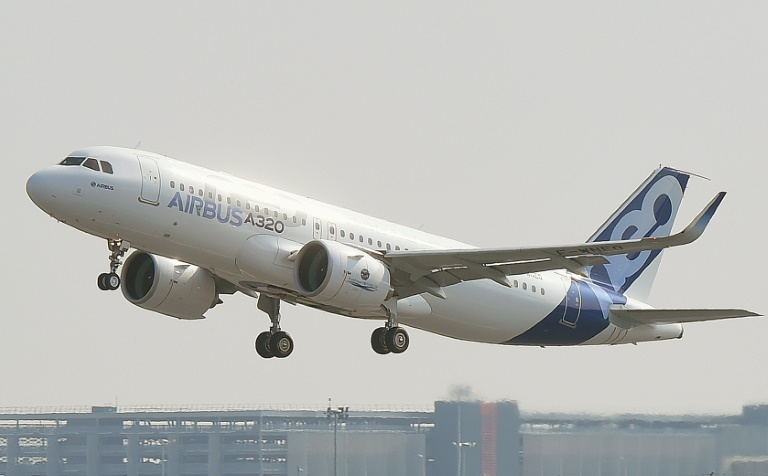 Fifty years ago at the Paris air show, France's transport minister and Germany's economy minister signed an agreement that would change aviation history.

The year was 1969 and Europe needed a smaller, lighter and more cost-effective passenger aircraft than American rivals. Five years later, the A300B2 was born, a short-to-medium range plane with two engines, despite safety concerns in an era when three engines was the standard minimum.

Fast-forward to 2019, Airbus is celebrated as a success of European cooperation, one of two kings of global civil aviation along with Boeing. Around the world, an Airbus takes off or lands every two seconds.

It now produces passenger planes ranging in size up to the A380 jumbo jet, helicopters, fighter jets and is even involved in space exploration.

Its story has been marked by setbacks, political turbulence and production problems but Airbus management believes it can confidently look forward to the next half century.

"Airbus produces half of the world's large commercial aircraft and has thriving helicopter, defence and space businesses," said CEO Guillaume Faury, who in April replaced Tom Enders who served five years at the helm.

"We employ 130,000 highly-skilled people globally and are a powerful engine of productivity, exports and innovation for Europe."

The firm delivered its last thousand planes in just 30 months. But in the early days, it took nearly twenty years to produce a thousand aircraft.

It faced criticism for developments like fly-by-wire controls, which improve handling, and flight envelope protection, which stop the plane performing manoeuvres outside its performance limits.

Apart from technological advances, cracking America was a key ingredient in creating the global giant. The A300 made a strong impression on Frank Borman, the former Apollo astronaut who headed Eastern Air Lines and championed the idea of buying more economical planes.

In 1984, Airbus launched the A320, a single-aisle, medium-haul aircraft to challenge Boeing, which until then had dominated the largest segment in the civil aviation market.

The aircraft paved the way for the more fuel efficient A320neo which has become the backbone of the company, strengthening its hold on the key market segment after Boeing's 737 MAX planes were grounded after two deadly crashes in March and October.

Despite a failed deal with British defence firm BAE Systems in 2012, Airbus' partnership with Canadian Bombadier's C Series programme in 2018 enhanced its position as a global force.

France and Germany still hold 11 percent stakes in Airbus through holding companies with a smaller 4 percent stake held by the Spanish government. The rest of the shares are traded on the stock exchange.

But production hasn't always run smoothly. The firm announced in January it would scrap production of its A380 passenger giant by 2021 due to lack of orders.

The double decker jet earned plaudits from passengers but failed to win over enough airlines to justify its massive costs.

The company in April reported a slump in first quarter net profits which fell 86 percent from the same period in 2018 at 40 million euros ($45 million).

Airbus is also under investigation in France, Britain and the United States after disclosing transaction irregularities in 2016, while US President Donald Trump has threatened the European Union with new tariffs if it does not end subsidies to Airbus.

But analysts see Airbus as having an opportunity to profit from the booming airline market, particularly in Asia, and from the global grounding of Boeing's 737 MAX series plane after two recent deadly crashes involving the popular new airliner.

Airbus's boss Guillaume Faury said the firm aims to continue being a leader in aviation innovation.

"The aerospace industry stands on the cusp of a technological revolution to match anything in its history", he said.

"European aerospace should aspire to lead this coming revolution in innovation and the transition to a more sustainable aviation sector."