Cambodia delivered its first batch of fresh mango exports directly to China on Friday, as the agricultural cooperation between the two countries has increased year by year. 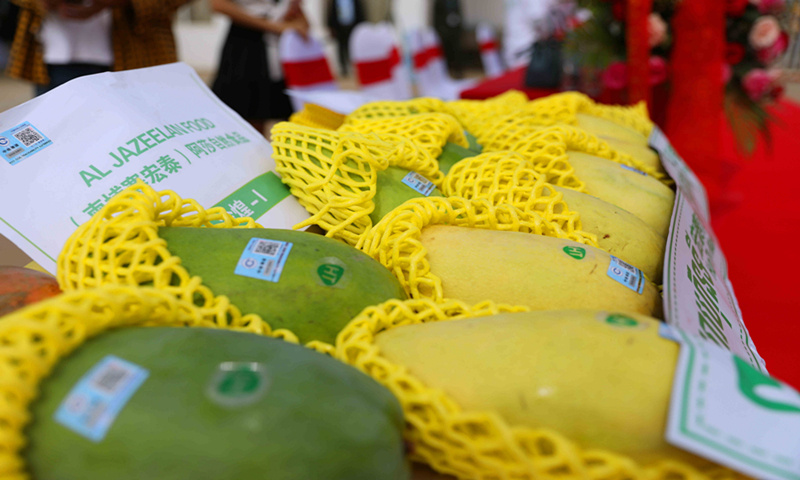 China and Cambodia witnessed a ceremony marking the first shipment of Cambodia's fresh mangoes to China in Phnom Penh, Cambodia on May 7, 2021. (Photo: VCG)

Several Chinese fruit vendors told the Global Times on Tuesday that the sales of imported mangos, bananas, durians and other fruits have seen a rise as summer approaches.

These were the latest examples of fruit exports from countries under the Belt and Road Initiative (BRI) to China, indicating the fruit trade is now effective and has become a driver of trade growth.

Before fresh mango, Cambodian bananas were directly exported to China in May 2019 for the first time, and the total export reached 130,000 tons. In 2020, Cambodia exported more than 330,000 tons of fresh bananas to China, up 153.8 percent year-on-year, according to statistics from the Cambodia Ministry of Agriculture, Forestry and Fisheries.

"It will not only contribute to boosting Cambodia's economy during the COVID-19 pandemic, but also help reduce poverty in rural areas," said Cambodian Agriculture Minister Veng Sakhon on Friday during a ceremony marking the first shipment of fresh mangos in Phnom Penh. He said in 2019 that the fresh banana export was "another milestone in agricultural cooperation between Cambodia and China, particularly under the BRI." 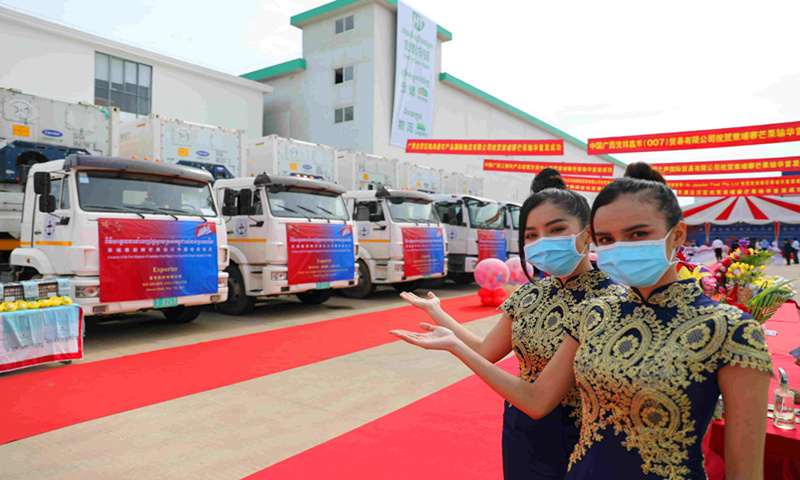 China and Cambodia witnessed a ceremony marking the first shipment of Cambodia's fresh mangoes to China in Phnom Penh, Cambodia on May 7, 2021. (Photo: VCG)

Fresh fruit exports have created jobs for skilled workers in Cambodia, working together to clean, trim, weigh, inspect and package the fruits, which have been sent to cold storage and then delivered to Chinese consumers through the cold-chain logistics system, the Xinhua News Agency reported.

Over the past two years, durians have surpassed cherries to become China's biggest import fruit. China imported more than $1.5 billion worth of fresh durians from Thailand in 2020, up 77.57 percent year-on-year, according to customs data.

Located in the border of China and Vietnam, Pingxiang of South China's Guangxi Zhuang Autonomous Region is the land port with the largest fruit import and export volume between China and ASEAN. From April 21 to May 6, a total of 186 containers of 4,226 tons of durians have been imported by rail through Pingxiang, according to the Pingxiang port, after having resumed cross-border cold-chain transportation recently.

As a pillar of the Thai economy, agriculture contributed to more than 10 percent of GDP growth. And China has become the largest export destination for Thai durians, with $186 million worth of durians exported to China in the first quarter this year, up 14 percent year-on-year, accounting for 88 percent of its total durian export, local media reported.

Thailand's Ministry of Agriculture predicts that this year will be a "golden year" for fresh durian exports from Thailand to China, both in terms of export volume and value, which will hit new records.

Thailand has received an order for 25 tons of fresh durians from Chinese buyers on Sunday within 45 minutes via an online platform, which will be transported to Xi'an, Northwest China's Shaanxi Province on a chartered flight.

Last year before the "618" shopping festival started on June 1, Thailand dispatched a special express train to carry fruit to China and established an online store on Alibaba's e-commerce platform Tmall to promote the country's products to 800 million Chinese consumers. 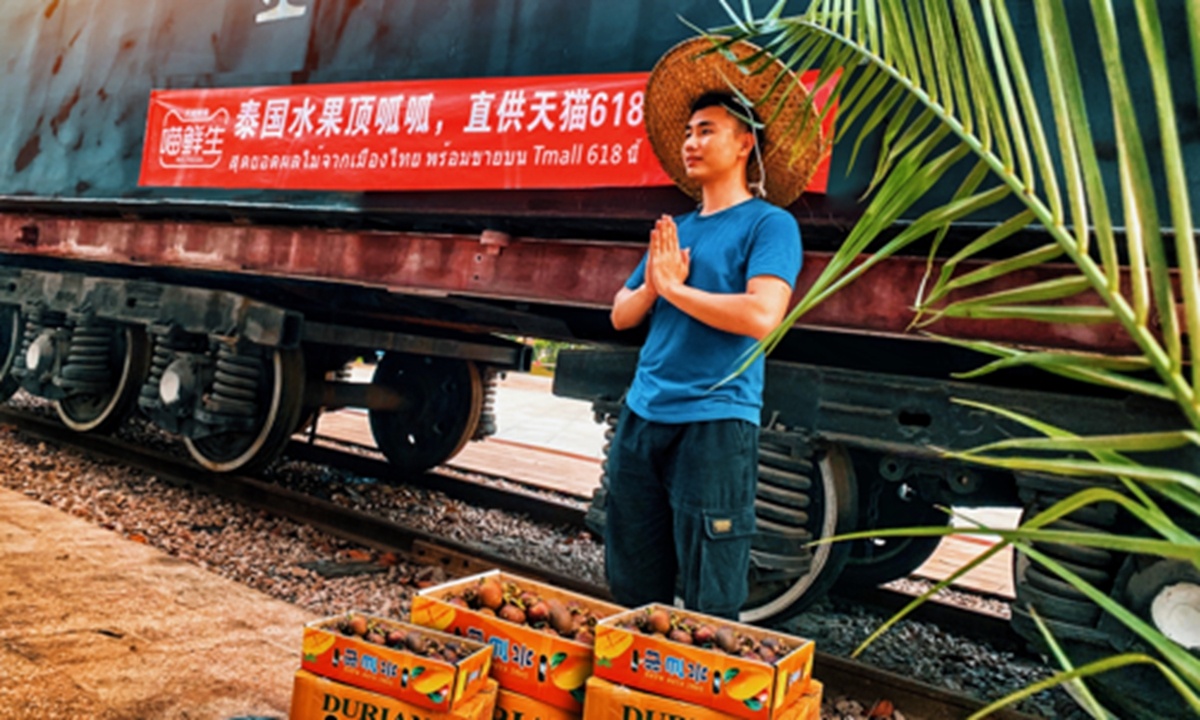 In the first week of the festival, Thailand's official store sold 140,000 durians, 3.9 million mangosteens and 320,000 coconuts, according to data from Tmall sent to the Global Times.

Last November, a chartered flight for Chilean cherries arrived in Shanghai after a 56-hour journey.

China has become the largest export market for Chilean cherries. Nearly 180,000 tons of cherries have been exported to China every year, accounting for nearly 90 percent of Chile's total cherry exports.

Cherry sales in Tmall are also rising at an annual rate of about 30-50 percent. During the Double 11 shopping spree of Tmall in 2020, year-on-year sales increased by more than 200 percent, per Tmall statistics.

In order to make a good start for cherries in Tmall Double 11, Chile not only transported cherries to China by chartered flight, but also opened a marine express "Cherry Route," so that large-scale shipping of cherries can reach China directly, which can shorten the shipping period from 35 days to 23 days, saving one third of the shipping time.

Chile's economy has been hit hard by the epidemic in Latin America. In the downturn, cherries have become an important pillar of the country's economy. Chilean peso depreciated significantly, but the cherries were directly traded in foreign exchange, which became the "hard currency" of preservation. The local cherry manor was also dubbed "the most stable bank in South America."

Freight trains have also become an important component for the BRI fruit trade.

As the section of the China-Laos Railway, the Yuxi-Mohan railway has helped orchard farmers from Laos transport fruit conveniently

Apart from fresh fruit, rail has brought other imported products to China. For example, freight trains carrying Italian wines, biscuits and other food arrived before the Chinese New Year for the peak season of holiday shopping in Chengdu, Southwest China's Sichuan Province.