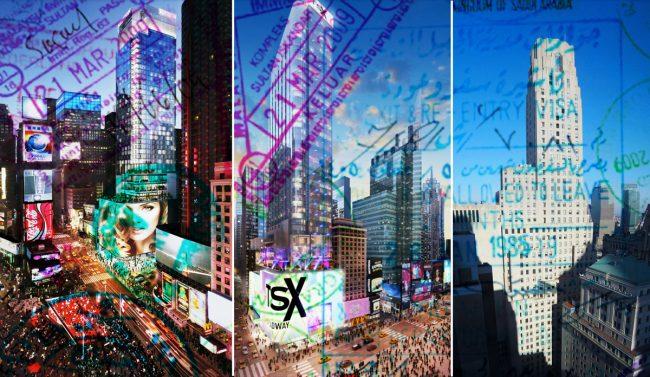 Los Angeles (People's Daily) -- This year, proposed reforms to the EB-5 program were rejected again by the US Congress. In April, Washington announced that wait time could be up to 15 years for Chinese investors, which has prompted withdrawals of EB-5 applications by Chinese investors.

According to Sohu news, frustrated by such a long wait time, many Chinese EB-5 investors in major New York developments want their millions back. They are talking with attorneys about how to pull out of projects such as 701 Seventh Ave., 1568 Broadway and One Wall St.

When those Chinese citizens invested in the Times Square Edition Hotel through the EB-5 visa program roughly four years ago, they expected to secure green cards within five years. But the controversial program, which has brought billions into New York City real estate projects, is facing a major backlog in applications that has driven up wait times.

The investors allege that the immigration agency that worked with the US Immigration Fund (USIF), Qiaowai, made a series of misrepresentations about the quality of investments and the timeline for green cards. They further claim Qiaowai told investors in April 2016 they would have green cards within five years, even though the backlog was known to be mounting, Sohu news reported.

Many of USIF’s investors say they were not properly informed of the investment conditions on the front end, and that immigration attorneys also often don’t explain the backlog properly, said Douglas Litowitz, a Chicago-based attorney who has been in touch with some EB-5 investors in 701 Seventh, according to Sohu news.

From EB-5’s inception in the 1990s until about 2014, there had not been any backlog in the program. It evolved in the late 2000s into a convenient marriage between Chinese nationals hoping to secure a green card for their children’s education and developers hungry for cheap debt in a market where it was scarce. But with the longer wait times, many Chinese see it as a bet no longer worth making: by the time the green cards come through, their children may be too old to qualify for permanent residency rights (the cutoff is 21).

The US government, however, requires that investments remain “at risk” in an active project until all of that project’s investors’ visas are approved. At 701 Seventh, for example, there are approximately 400 investors. Because of this, EB-5 funds must often “redeploy” money from one project to another, and some believe that investors aren’t fully aware of what they’re signing up for.

With more than $16.6 billion in EB-5 money coming up for repayment or deployment by 2020, according to EB-5 services firm NES Financial, there could be many more cases like this to come.

USIF’s founder Nicholas Mastroianni said in a media interview that investors can drop out of the green card process and take their money back once the original loan they invested in is paid off. Those financings usually carry five-year terms.

While reform proposals to the EB-5 program have circulated in Washington for years, increasing the number of visas is not among the most widely discussed changes. Some lawmakers have sought to end the program entirely, citing several instances of investment fraud, according to sohu.com.

The program’s sunset is on September 30, at which point Congress can pass reforms or simply do what it has always done: temporarily renew it. The program is capped at just 10,000 new visas per year.