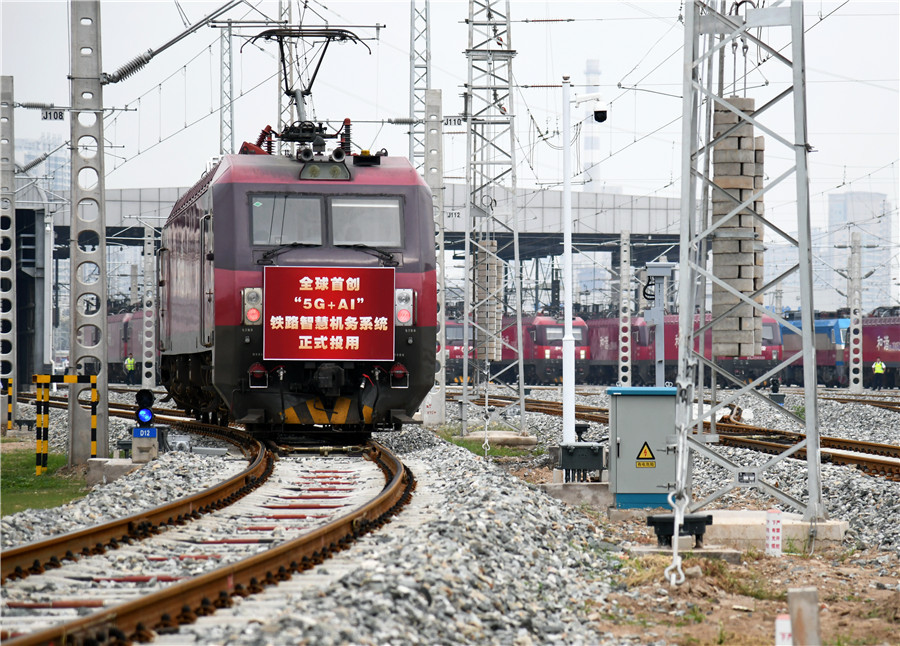 Huawei Technologies Co aims to stand out among this string of firms, with its years of technological prowess.

Sitting on its more than three decades of R&D and experience of working with different vertical sectors, Huawei aims to turn the idea of a smart city into reality.

Yan Lida, president of the enterprise business group at Huawei, said the goal of smart cities is to facilitate governance, serve the people and boost business growth.

"In the process of building smart cities, Huawei aims to construct the essential and fundamental platform, or the soil, for all partners to thrive, and to bring in all their capacities so as to help drive digital transformation forward," Yan said.

According to him, Huawei has already participated in the construction of more than 200 smart cities, and with more than 16,000 partners around the world, the Shenzhen-based company will step up its push to construct an open platform and lure more companies in.

Huawei's intensified push into the smart city arena came as a clutch of tech heavyweights such as Alibaba Group Holding Ltd, Tencent Holdings Ltd and Baidu Inc are upping their ante.

A McKinsey research report forecast that the global smart city industry covering 600 cities worldwide is projected to spawn a $400 billion market by the end of 2020. These cities are expected to generate 60 percent of the world's GDP by the end of 2025.

"In comparison with rival products, our platform's edge lies in our full stack of technology support, the capacity to serve all industries and our open attitude toward all partners," said Lu Qi, president of marketing and sales at Huawei's enterprise business group.

Different from most players that focus only on offering the platform as a service, or PaaS, Huawei has a sprawling presence across hardware, infrastructure as a service, and PaaS.

The company is also in a good position to serve all sectors, with a focus on public governance, transportation, finance, energy and manufacturing at the moment, Lu said.

According to him, clients who choose Huawei's platform have a choice to adopt technological solutions for specific application scenarios from other companies. Such freedom has enabled Huawei to stand out from the competition.

In 2018, Huawei announced it was partnering with the Tianjin municipal government to build a smart platform, or digital twin, for the Binhai New Area.

The platform will be able to help government officials deal with daily routines related to tasks like reducing unemployment, and emergencies including floods and fires.

"Huawei has helped us design over 4,000 parameters such as education indexes and health indexes to gauge the status of urban citizens. We will use such data to develop a slew of models to conduct intensive analysis, which will allow officials to predict what will happen and how to respond to them," said Chen Song, an official in Tianjin in charge of smart city construction for the Binhai New Area.

"Without a good platform, it is impossible to coordinate and integrate mounting cross-system resources. Huawei's full package of products has put it in a good position to help us build such a platform," he said.

Ma Jionglin, a senior partner at Deloitte, said in an earlier interview: "China is one of the most active countries in the world in building smart cities. With the advancement of urban management and the increasing emphasis on people's living and working styles, smart cities will enter a new stage of development."

Already, China has included the smart city initiative in its national strategy and made significant investments in these projects. Both first-tier cities and small and medium-sized cities are home to smart city projects and they have formed many smart city clusters across the eastern and southern coastal areas of China, according to a Deloitte report.