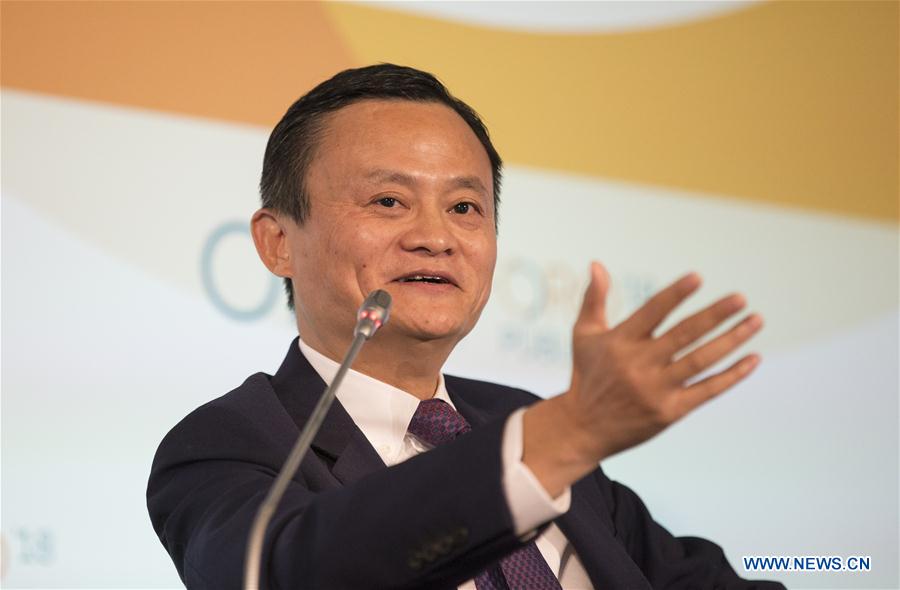 GENEVA, Oct. 2 (Xinhua) -- The Director General of the World Trade Organization Roberto Azevedo and Jack Ma, Executive Chairman of China's Alibaba Group both said Tuesday that technology should not be feared but rather harnessed to develop trade and society.

"We cannot stop technology. The only thing you can do is to embrace it," said Ma, who was one of the keynote speakers at the opening session of the 2018 WTO Public Forum. He said the future of world trade is small business and e-commerce.

"More and more trade will be happening through digital platforms. New ways of delivering products will come on stream. New kinds of services will be created," said Azevedo in opening remarks at the forum that each year brings public debate to the WTO here.

Azevedo described Ma as "surely one of the most remarkable business leaders and visionaries of our time. Jack has been named a Sustainable Development Goals advocate by the United Nations." 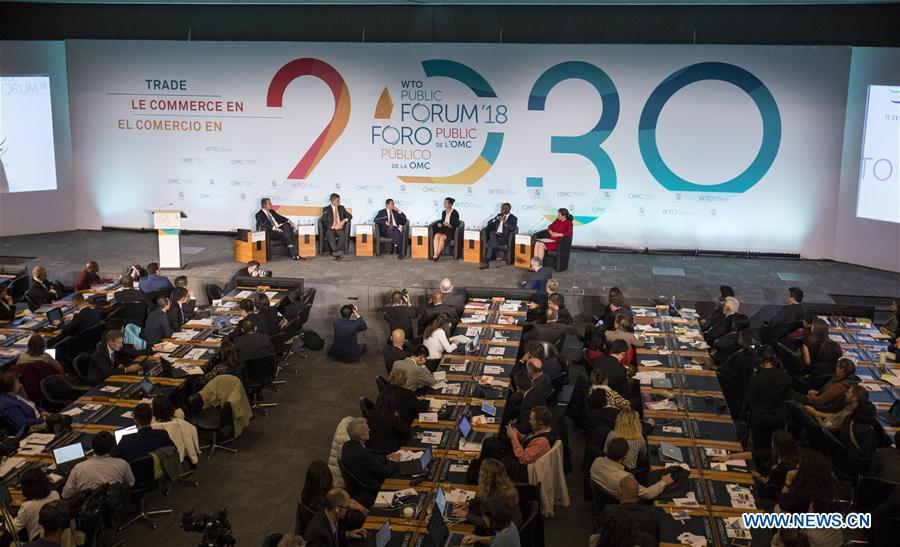 This year the four-day forum is titled Trade 2030 a look into the future.

Ma was one of the keynote speakers at the opening plenary debate along with two young entrepreneurs, the head of UN Environment and a former assistant U.S. Trade Representative and trade negotiator, who now runs a services coalition.

Much of current world trade is seen in containers, while in 2020 most of it will be in packages, he said.

According to the WTO head, new technologies are emerging, while environmental risks are growing that are challenging the way the world thinks about trade.

"If the proper synergies are in place, particularly regarding public policies, by 2030 the technological revolution could help fuel additional trade growth of around 30 percentage points," said Azevedo.

"So we have to ask -- is the global trading system that we have today equipped for that new environment?"

The WTO chief stressed he believes that the fundamental principles still apply, as enshrined in the WTO agreements: "the importance of clear rules, openness, cooperation, and non-discrimination."