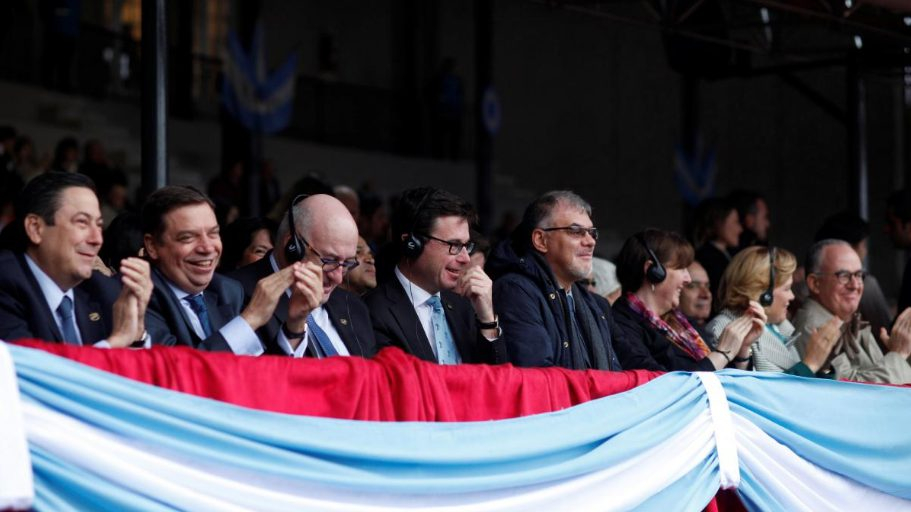 Agriculture ministers from the G20 countries criticized protectionism in a joint statement on Saturday, and vowed to reform World Trade Organization (WTO) rules, but did not detail what steps they would take to improve the food trade system.

In the statement, they said they were “concerned about the increasing use of protectionist non-tariff trade measures, inconsistently with WTO rules.”

The ministers from countries including the United States and China, in Buenos Aires for the G20 meeting of agriculture ministers, said in the statement they had affirmed their commitment not to adopt “unnecessary obstacles” to trade, and affirmed their rights and obligations under WTO agreements.

The meeting came amid rising trade tensions that have rocked agricultural markets. China and other top US trade partners have placed retaliatory tariffs on American agricultural products after the Trump administration put duties on Chinese goods as well as steel and aluminum from the European Union, Canada and Mexico.

US Agriculture Secretary Sonny Perdue told Reuters in an interview on the sidelines of the meeting that Trump’s plan would include between seven billion US dollars and eight billion US dollars in direct cash relief that US farmers could see as early as late September.

Despite the payments, the measures are “not going to make farmers whole,” Perdue said.

“We had a very frank discussion about the fact that we don’t want unilateral protectionist measures,” Kloeckner said in a news conference after the meeting.

The ministers, whose countries represent 60 percent of the world’s agricultural land and 80 percent of food and agricultural commodities trade, did not specify which measures they were referring to in the statement. Asked for details, Kloeckner said the ministers did not want to “criticize a single country.”

“We all know what happens if a single person or country doesn’t adhere to WTO rules, trying to get a benefit for themselves through protectionism,” she said. “This will usually lead to retaliatory tariffs.”

In the statement, the ministers said they agreed to continue reforming the WTO’s agricultural trade rules.

“Independent of all the news there was surrounding (the meeting), we managed to reach a unanimous consensus,” Argentine Agriculture Minister Luis Miguel Etchevehere said.

US President Donald Trump and European Commission President Jean-Claude Juncker struck a surprise deal on Wednesday that ended the risk of further escalating trade tensions between the two powers.

After the meeting, Trump said the European Union would buy “a lot” of US soybeans.

Earlier, Kloeckner told Reuters that the trade relationship between the United States and the European Union was improving, but that there was no guarantee the bloc would import the quantity of soybeans that Washington expects.