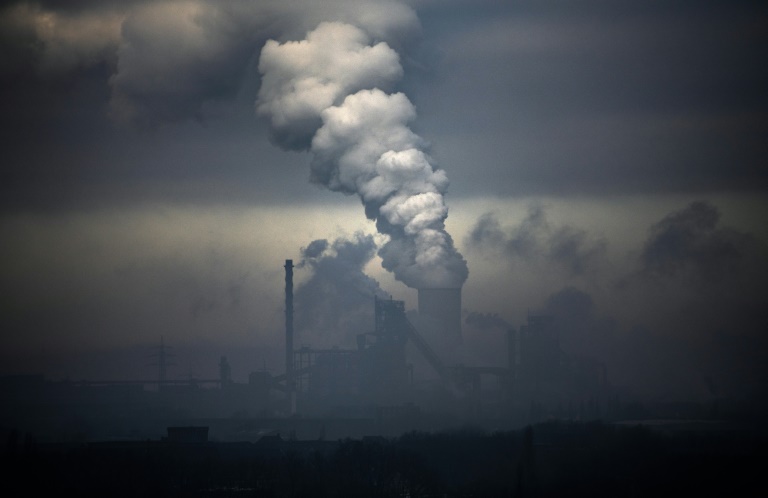 Rich nations are funnelling cash through government-backed financial institutions to provide $30 billion to fossil fuel projects each year that "run counter to the Paris Agreement", a new analysis showed Thursday.

The export credit agencies (ECAs) of G20 countries currently provide more than 10 times more state-backed finance to oil, gas and coal projects abroad than they do to renewable energy schemes, the analysis said.

Under the Paris Agreement, emissions from these projects do not count as part of donor nations' carbon footprint.

ECAs are public entities that provide government-backed loans and insurance to overseas businesses.

Market monitor Oil Change International and Friends of the Earth America showed that G20 financing for coal delivered via ECAs under the Paris radar had increased as a percentage of energy project financing since the 2015 Paris treaty.

That translates to $7.1 billion annually in the years since the signing of the landmark accord that enjoins nations to slash carbon emissions.

"It's reckless and reprehensible for any government to still be providing billions in public finance for oil, gas and coal," said Bronwen Tucker, an analyst at Oil Change.

"It's even more offensive when these fossil fuel handouts come from the governments who are most historically responsible for the climate crisis."

The analysis singled out China, Japan, South Korea and Canada as among the worst offenders, accounting for 78 percent of G20 fossil fuel support from 2016-2018.

"Despite the climate emergency, ECAs are doubling down on fossil fuels," it said.

"Japan's ECAs continue to support new coal projects; Canada's ECA is pouring money into tar sands, and many ECAs are jumping at the chance to support LNG in northern Mozambique and elsewhere."

The United Nations says carbon emissions must decline 7.6 percent annually by 2030 in order to put the world on track to meet the 1.5C temperature rise cap called for under Paris.

"ECAs are something almost no one has heard of but, as public finance institutions, they help governments pursue trade strategies and individual countries are able to shroud their investments around them," Tucker told AFP.

She said that most ECA funding comes from public coffers.

"But they play a different role to private enterprise in terms of their creditworthiness."

They are "backed by a government and their credit rating is much higher so the value of that guarantee is higher," Tucker added.

AFP asked all export credit agencies named in the analysis for comment.

The watchdogs highlighted the announcement last week from Britain that it was ending funding for overseas coal.

Its ECA, UK Export Finance, has not funded a coal-fired power plant since 2002, but a separate analysis showed it is financing millions of tonnes worth of overseas emissions through continued oil and gas funding.

Britain's prime minister Boris Johnson told lawmakers on Wednesday that its decision over coal was "a massive step forward by this country."