PARIS, Sept. 15 (Xinhua) -- Gross domestic product (GDP) of the G20 area grew by 0.4 percent in the second quarter (Q2) of 2021, down from 0.9 percent in the previous quarter, with large differences in the growth observed across countries, the Paris-based Organisation for Economic Cooperation and Development (OECD) said on Wednesday. 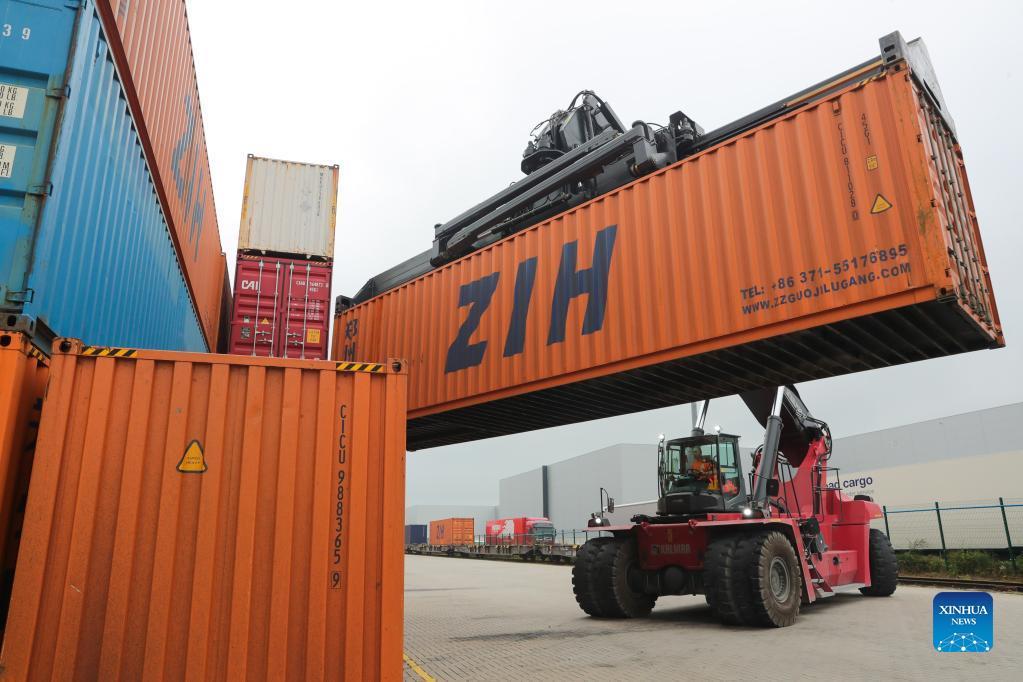 A staff member unloads a cargo container from a China-Europe freight train at Liege Logistics Intermodal in Liege, Belgium, on Aug 31, 2021. (Photo: Xinhua)

In India, GDP contracted sharply by 10.2 percent after a 2.3-percent growth in the first quarter. Canada and Brazil also saw their GDP contract in Q2.

"In the second quarter of 2021, GDP for the G20 area as a whole exceeded its pre-pandemic level (Q4-2019) by 0.7 percent, driven by China, which, together with Turkey, recorded the highest recovery rates (8.2 percent and 8.8 percent, respectively)," noted the OECD.

"However, the majority of countries are still lagging behind pre-pandemic levels, with India experiencing the largest gap (minus 8.1 percent), followed by the United Kingdom (minus 4.4 percent) and Italy (minus 3.8 percent)," it added.