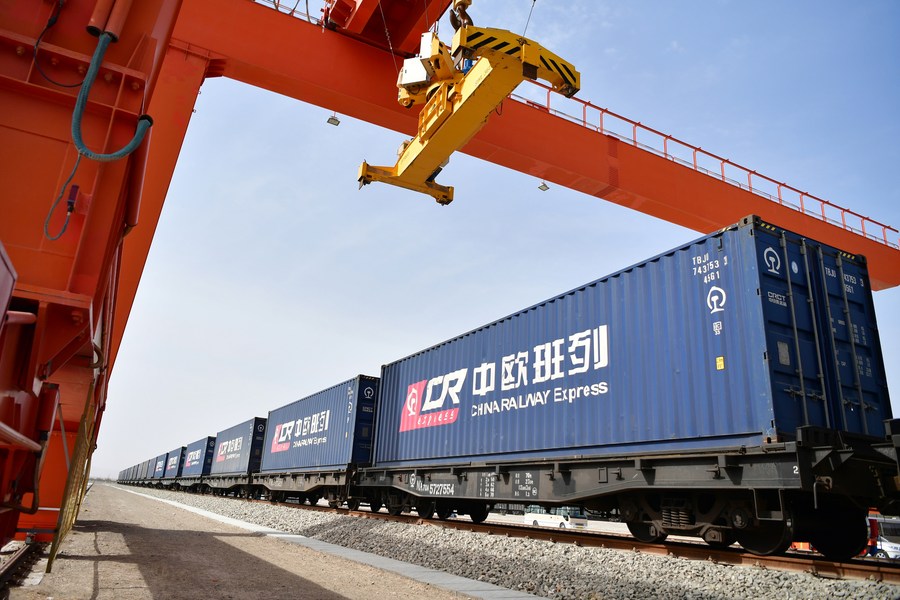 In the first eight months of this year, total foreign trade volume of Gansu province hit 42.08 billion yuan ($6.03 billion), a year-on-year increase of 25.3 percent and a growth rate ranked eighth in the country, customs officials in Gansu said at a news conference on Wednesday.

In the first eight months, Gansu also saw substantial growth of imports and exports with major trading partners, including Kazakhstan, the Association of Southeast Asian Nations, the European Union, the Democratic Republic of the Congo and Indonesia.

Meanwhile, the import and export value of Gansu with countries involved in the Belt and Road Initiative achieved 20.47 billion yuan, up 27.8 percent year-on-year, accounting for 48.6 percent of the total foreign trade value of the province.

The foreign processing trade continued to accelerate in Gansu. In the first eight months, the import and export value of processing trade reached 12.72 billion yuan, up 73.3 percent year-on-year, accounting for 30.2 percent of the province's total foreign trade value.

In the first eight months, the export value of mechanical and electrical products was 3.94 billion yuan, an increase of 27.9 percent year-on-year.