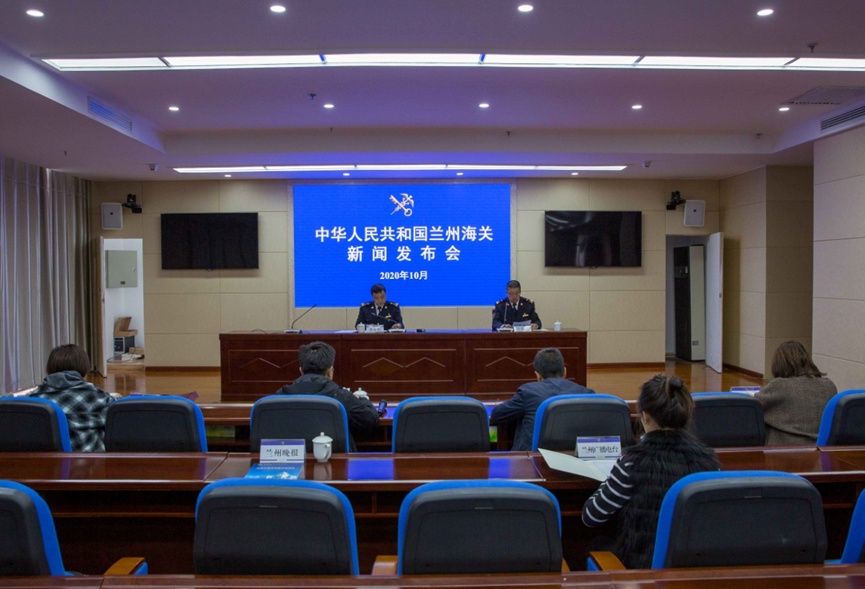 News conference for Lanzhou Customs of the People's Republic of China in Lanzhou, Gansu province, on Oct 26, 2020. (Photo provided to chinadaily.com.cn)

In September, Gansu's imports and exports grew by 36.3 percent year-on-year and 75.7 percent month-on-month.

In the first three quarters of this year, the total value of foreign trade in Gansu province stood at 27.18 billion yuan. The total value of imports and exports was 4.27 billion yuan in September, up 36.3 percent year-on-year and 75.7 percent month-on-month according to Lanzhou Customs on Monday.

Imports and exports of State-owned enterprises continued to grow. In the first three quarters, the import and export business of SOEs in Gansu reached 17.12 billion yuan, up 10 percent and accounting for 61.5 percent of its total foreign trade, an increase of 7.3 percentage points over the same period last year.