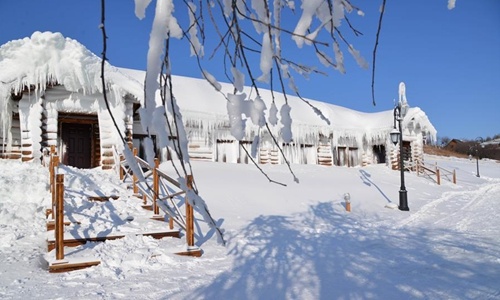 As regions in northern China begin to enter the winter heating season, the natural gas market is experiencing increased demand and a surge in prices. The upcoming winter is likely to be a particularly cold one, causing analysts to predict China will buy more liquefied natural gas (LNG) from foreign sellers, reflecting a booming gas market in both supply and demand.

At the New York Mercantile Exchange, the November contact price came to $2.795 per million British thermal units (MMBtu) on Monday, a surge of 20.47 percent compared with the same period last year.

"Due to strong demand for LNG, many major receiving terminals in China jointly pushed up LNG prices after the National Day holiday," said Zhai Cuiping, an LNG analyst at Chem365, adding that prices of domestic and imported gas have both soared.

"Since some regions in northern China have already entered the winter heating season, it is now a tight balance between supply and demand in the natural gas market," Feng Haicheng, an LNG analyst at SCI99, said on Tuesday, explaining that although LNG prices hiked, many trucks still transport LNG from terminals, and LNG shipments will continue to rise.

"Temperatures in northern China have dropped significantly, and some cities even experienced rain and snow. A very cold winter is likely on the horizon, which will drive LNG demand for city gas firms," said Zhai, adding that consumption of gas and coal has already been increasing.

China imported 5.96 million tons of LNG in August, an increase of 16.3 percent year-on-year, according to Customs data. Based on last year's import volume, China will buy more LNG from foreign suppliers as demand continues to surge in the short term, said analysts.

China bought around 6.5 million tons of LNG from foreign suppliers in November last year, an increase of 10 percent year-on-year, and in December last year, the figure dropped slightly to approximately 6.44 million tons, said Zhang Rongrong, an LNG analyst at SCI99.

The supply of natural gas is relatively sufficient, and the balance of supply and demand is generally better than in previous years. However, considering the peak gas consumption in December and in January, there may be tight supply in some areas and over some time periods, Meng Wei, spokesperson of the National Development and Reform Commission, stated at a press conference Tuesday.