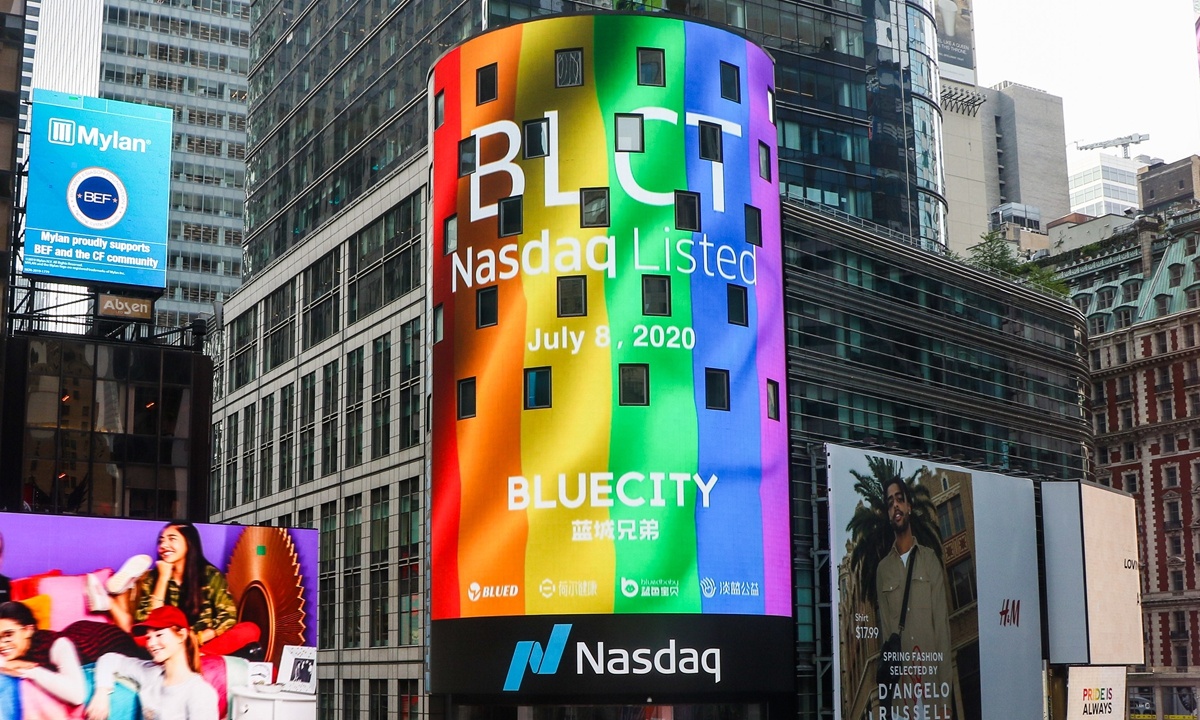 BlueCity debuts on NASDAQ on July 8, becoming the world’s first LGBTQ-focused company listed in the era of mobile internet. (Photo: Courtesy of BlueCity)

Total revenues reached 297.6 million yuan ($43.8 million) in the third quarter, an increase of 47.3 percent from the same period in 2019, according to its financial results released on Wednesday.

Monthly active users (MAUs) on the BlueCity app reached 6.3 million, up 7.0 percent year-on-year. Nearly half of its user base is outside China.

It’s the largest online LGBTQ community among countries and regions such as India, South Korea, Thailand and Vietnam in terms of MAU.

BlueCity announced on November 25 that it has acquired Finka, a gay social-networking app for the younger generation in China for 240 million yuan, expanding its foothold in the LGBTQ market.

According to a Frost & Sullivan report, the global LGBTQ population was approximately 450 million in 2018, and is expected to grow to 591 million by 2023.

BlueCity made its NASDAQ debut in July, raising $84.8 million despite US’ politicizing securities regulation to target Chinese stocks.