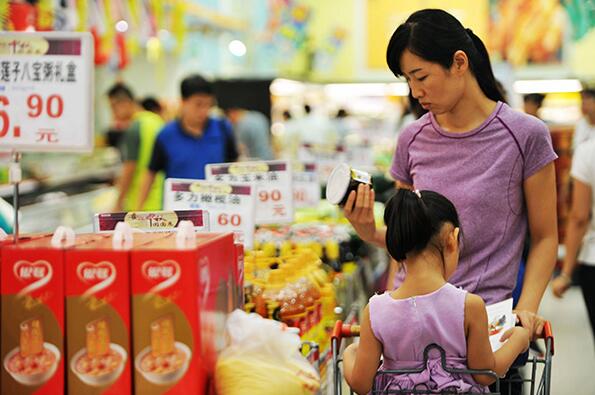 A widely disseminated online chart comparing GDP by expenditure of China and major developed countries is false and represents a "sheer fabrication," a Chinese official said on Sunday.
The chart compares the GDP of China and the US and other developed countries, saying that China is spending more on administrative affairs and less on people's livelihoods, according to Reuters.
Meng Wei, spokesperson of the National Development and Reform Commission (NDRC), told a press conference in Beijing that the chart contains many mistakes including unclear concepts, unknown sources and false data.
The concept of GDP spending is unclear as "we could analyze how GDP is calculated, but there is no concept of how GDP is spent," Meng said, noting that the comparison chart is untenable.
The comparison chart cited sources from the Department of Human Development under the UN, but after checking this several times, it was found that there is no such institution under the UN, the spokesperson said.
The so-called comparison chart uses fabricated concepts and methods in an effort to prove that China's investment in sectors such as medical treatment, education, technology, culture and art is significantly lower than the developed countries, which greatly distorts the facts, Meng said.
Actually, China's investment in such activities is not that less than many developed countries, the spokesperson said.
For instance, the Chinese government invested a total of 17 trillion yuan ($2.7 trillion) in education from 2012-16, with an annualized growth rate of 7.9 percent, according to the NDRC.
China's research and development funding has so far reached 1.7 trillion yuan, second only to the US, Meng said.
Also, the so-called "three public expenses" - spending on three governmental activities including buying and using government cars, overseas trips and official receptions - have been decreasing in recent years, the official said.
Appropriations for the "three public expenses" of the central government departments decreased to 4.8 trillion yuan in 2016 from 7.4 billion yuan in 2012, Meng said.