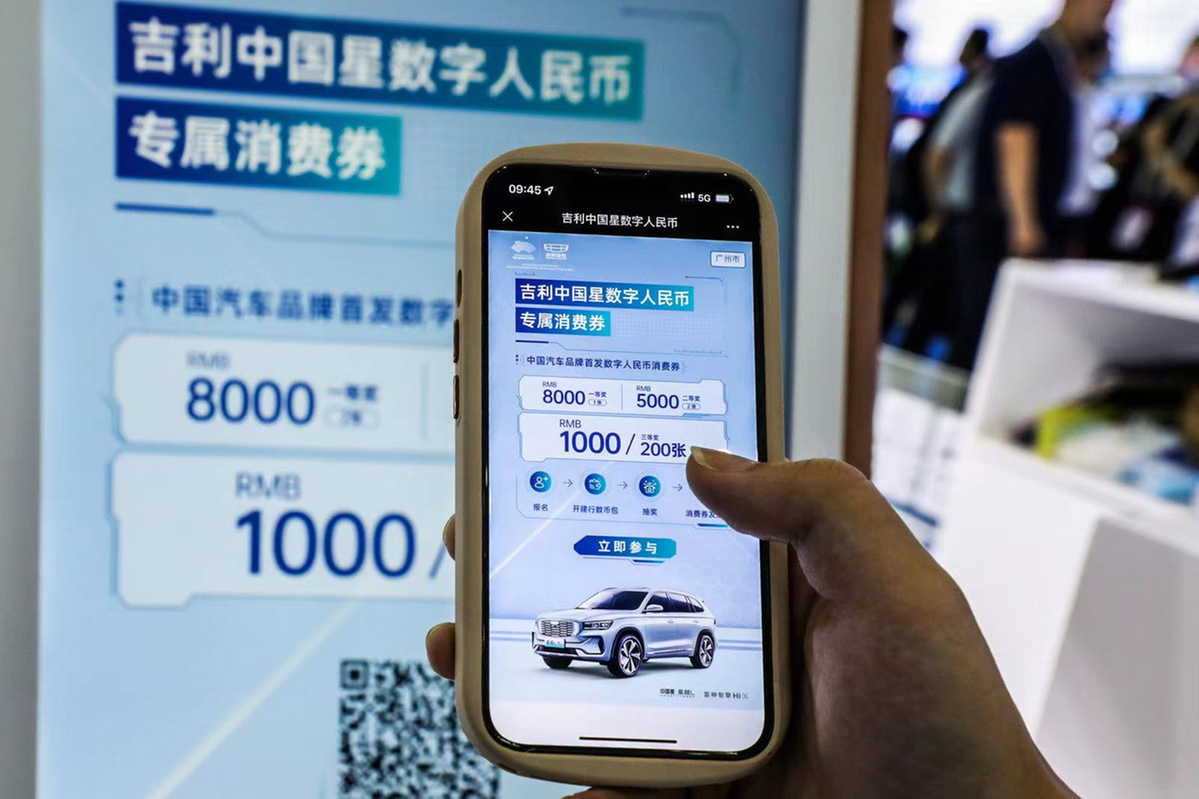 Chinese carmaker Geely Automobile Holdings has released more than 200 consumption coupons for the digital yuan, known as the e-CNY, in Guangzhou, capital of Guangdong province. [Photo provided to chinadaily.com.cn]

Chinese carmaker Geely Automobile Holdings has released more than 200 coupons for the digital yuan, known as the e-CNY, in Guangzhou, capital of Guangdong province.

The company's e-CNY coupons were issued during the China (Guangzhou) International Finance Expo, which concluded on Sunday.

Issuing coupons of the digital currency is expected to help boost vehicle sales. Geely sold 89,070 vehicles in May, an increase of 23.5 percent from a month earlier.

Since April 2020, e-CNY applications have been now promoted in 23 Chinese cities. Subsidies of up to 1 million yuan ($147,237) were granted in the form of e-CNY to new energy vehicle owners in Sanya, Hainan province, on May 10, the first of its kind in the country.

Data from the People's Bank of China, the country's central bank and the designer of the e-CNY, showed by the end of 2021 the e-CNY had over 8 million application scenarios, with more than 260 million individual digital yuan wallets opened.