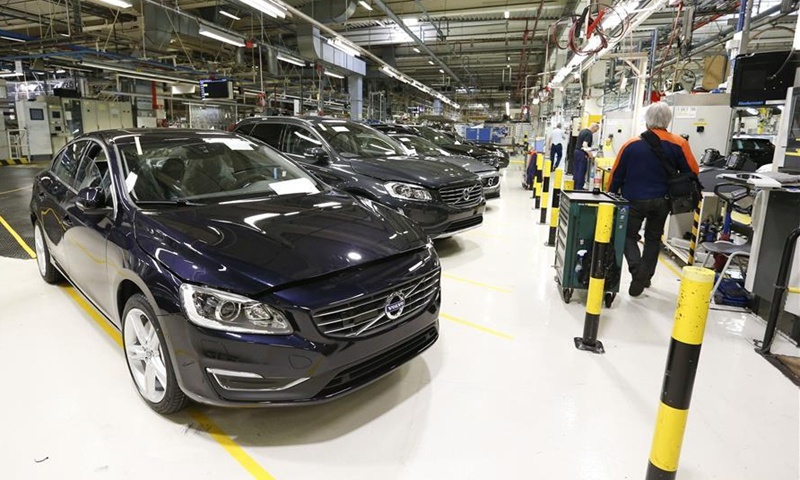 File photo taken on May 24, 2017 shows a worker walks past newly-assembled cars at the Volvo Car Gent in Ghent, Belgium. Volvo Car Gent, the second largest Volvo assembly line except that in Sweden, was purchased by the Chinese car manufacturer Geely Holding Group in 2010. (Photo:Xinhua)

Volvo Cars, a sister company of Chinese car maker Geely Holding, to take full ownership of its car manufacturing plants and sales operations in China by acquiring Geely Holding's stake, in order to maintain its influence in its largest market, the company told Global Times on Wednesday.

The acquisition of an additional 50 percent of the shares in Daqing Volvo Car Manufacturing Co and Shanghai Volvo Car Research and Development Co will strengthen Volvo Cars position in China, said the company.

Following the transactions, Volvo Cars will receive full ownership of its manufacturing plants in Chengdu of Southwest China's Sichuan Province and Daqing in Northeast Heilongjiang Province, its R&D facility in Shanghai and its national sales company in Chinese market.