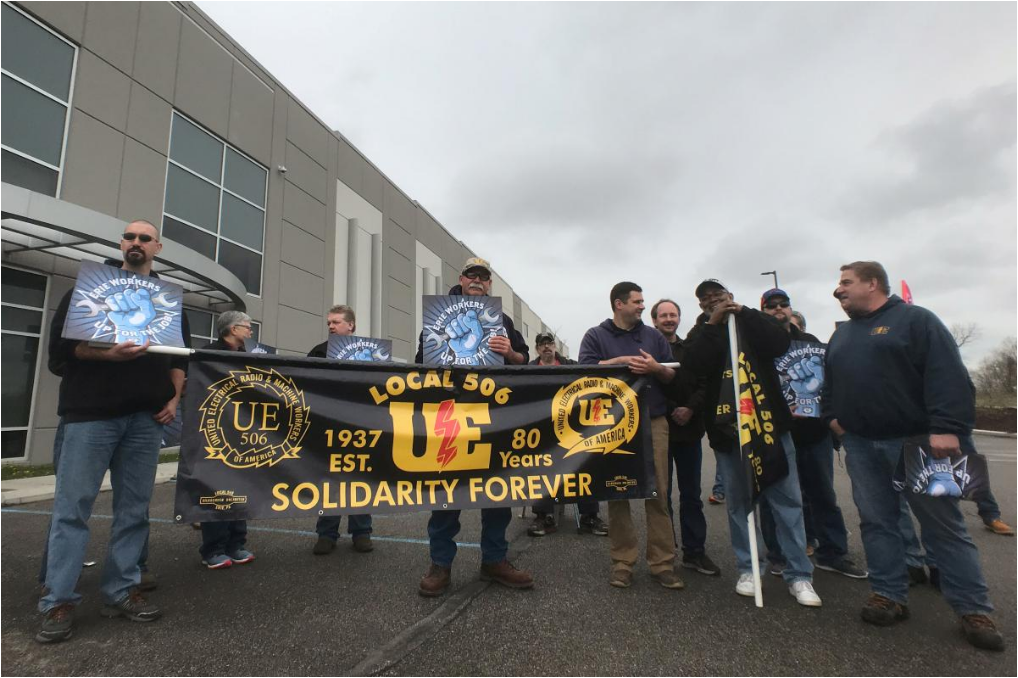 General Electric CO employees and shareholders voiced frustration on Wednesday with the company’s poor performance, while attending the first annual meeting under Chief Executive Officer John Flannery, who has presided over a 43 percent decline in GE’s stock price since taking over on Aug. 1.

Several dozen union workers from GE factories in Pennsylvania, Canada and elsewhere protested outside a GE facility here, where about 450 shareholders gathered.

Inside GE’s 125,000-square foot showroom for 3D printing machinery, shareholders called for the ouster of directors who served on the board as GE’s performance declined. One said GE should audit operations to look for questionable actions and claw back pension and other payments to former CEO Jeff Immelt.

“It should be clear by now that those performance-related payments should never have been made,” said the shareholder, Bill Freeda, a retired employee.

Flannery said GE is “keenly aware of the pain” caused by its poor performance and dividend cut last year. Executives are trying to turning around the ailing power and oil and gas businesses, he told shareholders, adding that there is evidence of “green shoots” of improvement.

GE last week posted improved first-quarter earnings and affirmed its full-year earnings forecast, but warned its power business is still struggling and that the company will need time to restore the profitability it enjoyed three years ago. The company is shedding $20 billion in assets and still considering a possible break up.

“It’s a back to basics story,” Flannery said. “We just have to improve our performance.”

Outside the building, union workers said they wanted to draw attention to GE’s cuts to pension and healthcare benefits and to close facilities and lay off workers. GE has said it is cutting $2 billion in costs this year, including cutting 12,000 jobs in the power unit, as it tries to restore profitability.

“The shareholders should know what GE is doing,” said Cheryl Armitage, a union chairperson who worked at GE’s electric motor plant in Peterborough, Ontario, Canada.