German airline Germania grounded its planes on Tuesday after filing for insolvency as it failed to secure short-term financing to stay aloft. 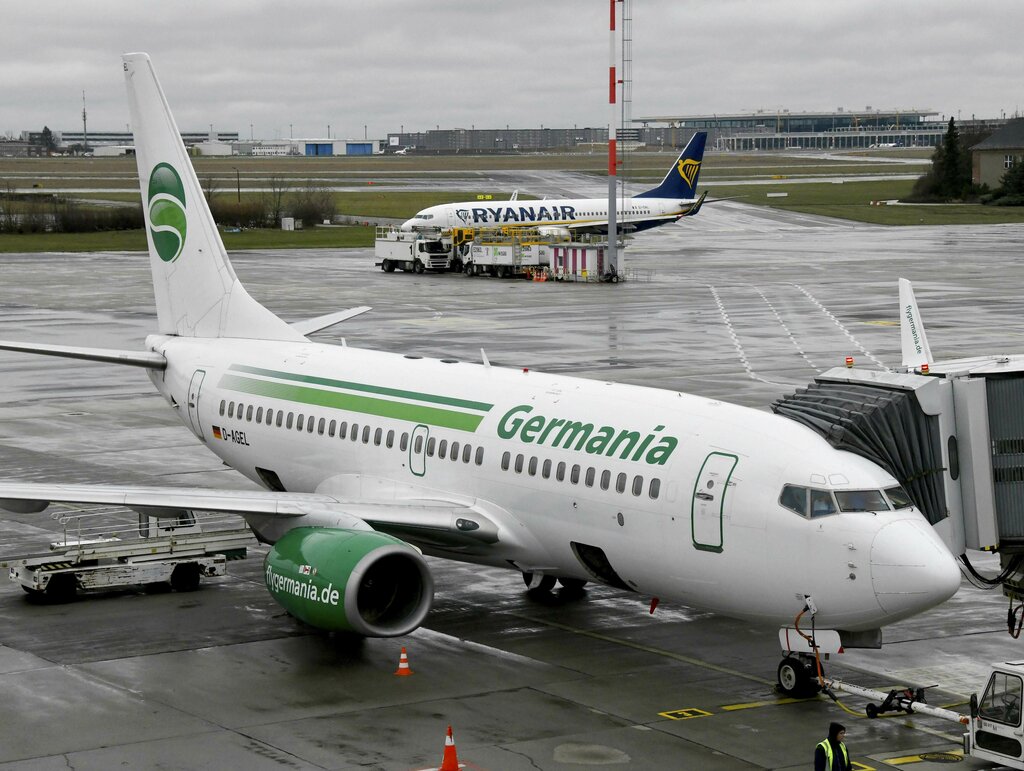 Jan. 9, 2019 an aircraft of German Germania airline is parked at Schoenefeld airport near Berlin. Germania has applied for insolvency. (File photo: AP)
The Berlin-based airline, which carried more than 4 million passengers a year on scheduled and chartered short- and medium-haul flights, blamed factors such as an increase in fuel prices last summer.
The decision came less than a month after Germania confirmed that it was in financial difficulty following what it called a "particularly challenging year" for the aviation industry. Last week, it said it hadn't yet been able to pay its employees for January.
The airline said its insolvency filing, made Monday in a Berlin court, doesn't affect two operations in other countries: Germania Flug AG in Switzerland and Bulgarian Eagle. Together with those two units, Germania operated 37 aircraft.
In its statement announcing the end of operations, the company pointed to "massive increases in fuel prices last summer and the simultaneous weakening of the euro against the U.S. dollar" as well as "considerable delays in phasing aircraft into the fleet and an unusually high number of maintenance events."
Germania said that passengers who booked flights as part of a package vacation can contact their tour operator to arrange alternative transport, but those who booked directly with the airline aren't entitled to a substitute flight.
The airline had operated since 1987. In 2016, it launched a drive to expand its fleet that saw it order 25 Airbus A320neo jets with an option for 15 more.
Germania's insolvency follows the demise in 2017 of Air Berlin, which was Germany's second-biggest airline.
Air Berlin went under after its main shareholder, Abu Dhabi-based Etihad, said it would not make any more financing available following years of unsuccessful turnaround attempts. Germany's biggest airline, Lufthansa, and budget carrier easyJet bought parts of the airline.
Lufthansa said Tuesday that it would offer discounted tickets for passengers who booked with Germania to and from Germany through the end of February.